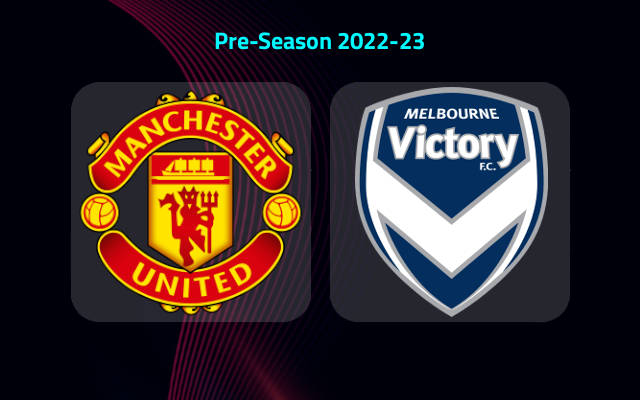 The Red Devils played under Erik ten Hag for the very first time and right away the former Ajax manager seems to have made some massive changes for this team.

Despite taking on their arch-rivals Liverpool, who were playing for the very first time after the Champions League Final, Manchester United managed to deliver a comprehensive 4-0 win.

This is all the confidence they needed to start their preseason and they will hope to keep this momentum going on.

The hard job is done now and they will now try and deliver another victory over Melbourne.

Melbourne Victory have been going on a rather good stretch of performances lately have also been finding the back of the net consistently. But it needs to be noted that they have not at all taken on teams of the likes of the Red Devils.

By the looks of things, it is expected that Manchester United will secure another win this weekend.

The Devils recorded a 4-0 win against a team that had played the Champions League Final a month before. Under their new manager they seem to have found new life.

They have big objectives coming up this season and one of the most important one would be to secure a top-4 finish at the end of the campaign in the English top flight.

Likely they will be eager to secure a win this Friday against Melbourne who had remained winless in 12 of their past 20 appearances at home.

Moreover, it also needs to be noted that Melbourne do not have experience in dealing with some of the best teams in the world. While they are considered to be one of the best in Australia their inexperience against European teams will be on display this Friday.

Expect a compelling win for the Devils.