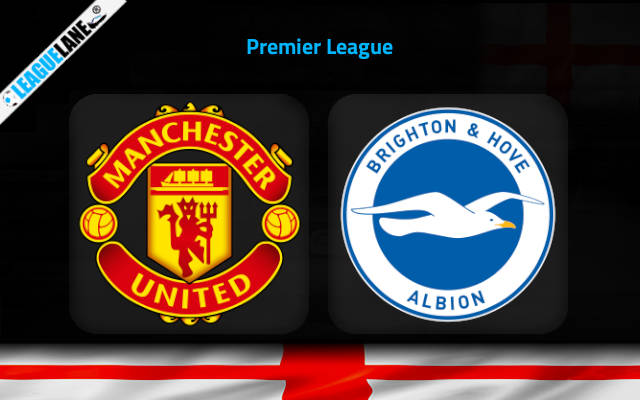 The Red Devils have a great objective in front of them this time around. They will have to secure a top-4 finish at any cost or the team will have to face their fans in a court of public trial at the end of the season. They welcome Brighton to the Theatre of Dreams this Sunday in their season-opener.

Contrary to usual Brighton secured a top-10 finish the last season in the English top flight and they had missed out on a European spot by just 5 points.

They were in good form towards the end of the campaign and had found the back of the net consistently. It seems that they have carried this form into this new season and will also find confidence from the fact that they have been on a good run on the road for the past several match-days.

Meanwhile Manchester United are going through a turbulent period. They did get the signature of a good manager after a very long time but it seems that their management is unable to provide the signings the gaffer is asking for.

On top of that their talisman Cristiano Ronaldo seems to be mentally detached from the sporting project. The team has no option but to win this Sunday, or all hell will break loose.

By the looks of things, it is hard to predict a winner between the two this weekend but chances are very high for goals to come from both ends of the pitch.

Read tables are winless in their last 3 fixtures and they also have a total of just one clean sheet from their past 7 matches. On top of that it’s also been sometime since they have delivered a good performance in front of their home crowd.

On the other hand, Brighton might not be counted amongst the best in England but they have been on a good run lately. They also might not have a good head-to-head record against this opponent but they have found the back of that consistently in their last several fixtures.

Judging these observations, a goal-fest is expected between the 2 teams this weekend.

Tips for Manchester United vs Brighton