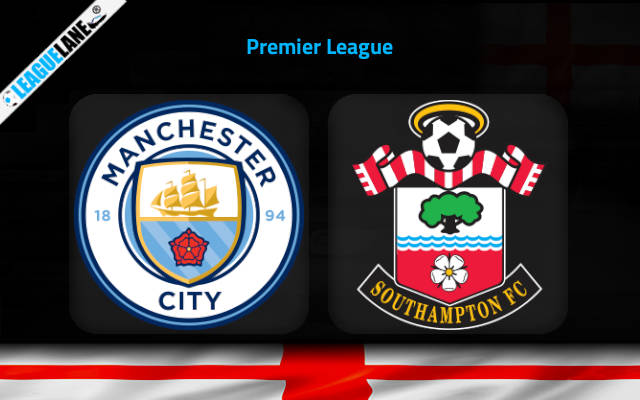 Manchester City aim for a sixth straight win across all competitions when they welcome Southampton for the Premier League fixture on Saturday.

The Citizens’ brilliant form continued in the midweek as they thrashed FC Copenhagen 5-0. They have now won five games on the bounce across all tournaments scoring 20 goals in the process.

Erling Haaland stole the headlines once again scoring twice against Danish club and netting in nine straight games. His season tally stands at 19 goals, out of which 14 are in the Premier League.

This exuberant run came after some early hiccups while playing away against lesser teams. They dropped points away at Newcastle and Aston Villa this season. And this is why Pep Guardiola’s men are second in the table, but they are just 1 point behind early leaders Arsenal and we can easily see them get back to the summit of the table in no time.

Southampton started the season well, but this is all history now with the team losing three straight games. They did this in previous seasons as well, brilliant at times, but failed to make momentum count in the long run.

After the 2-1 defeat against Everton, the Saints are 16th in the table and only one point separates them from the relegation zone.

Southampton held Manchester City to a stalemate in both Premier League matches of last season. It was goal-less at the Etihad while the trip to St Mary’s finished 1-1.

At home, Man City are unbeaten in h2h games against the Saints since 2005.

Again, finding bets with solid odds is extremely hard when Manchester City is involved and therefore we will have to take a risky option of over 4.5 goals full time priced at 2.37 odd.

We could find some value in backing Haaland to score 2 or more goals here with the Norwegian offered at 2.25 odds.