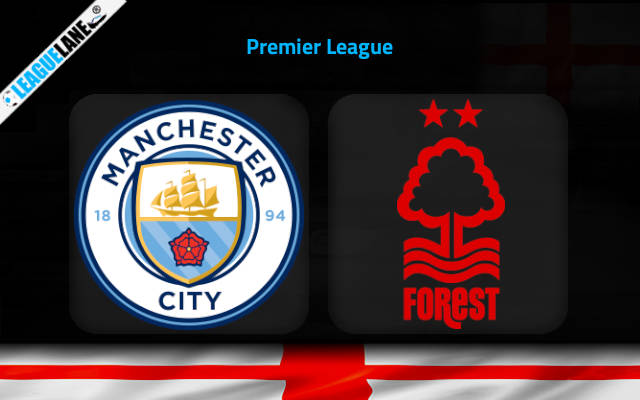 Reigning champions Manchester City have started on a great note once again and currently they are placed second in the table. This Wednesday they are in front of their home crowd and will take on the recently-promoted Nottingham Forest.

The last match-day it seemed that Pep Guardiola’s men were about to face their first defeat of the season. They were trailing by 2 goals against Crystal Palace but as always, they managed to make a comeback.

And most importantly newly-arrived star-striker Erling Haaland found the back of the net 3 times in quick succession to ensure the 3 points for his team.

The Norwegian point-man will now be eager to continue this streak, and has a great opportunity coming up. Not only will he be backed by his home crowd but he also has the confidence that the team is pitted against squad that were playing in the second division the last season.

Nottingham had managed to secure a 4th place finish the last season in the Championship and they had to go through the playoffs in order to make it to the Premier League. And as expected they have been struggling to deliver good performances in the top flight.

They have managed to find the back of the net just 2 times so far in the tournament and they have been completely winless disregarding their victory against the struggling West Ham.

Judging these observations, it is expected that we are about to witness a victory for Manchester City this Wednesday.

It goes without saying that they have been the absolute best team in England for the past few years.

Meanwhile not only are Nottingham struggling to deliver good performances in the Premier League but they also are severely inexperienced here. They have just been promoted and it is thought that they are not going to have any chance at all this Wednesday against the current champions.