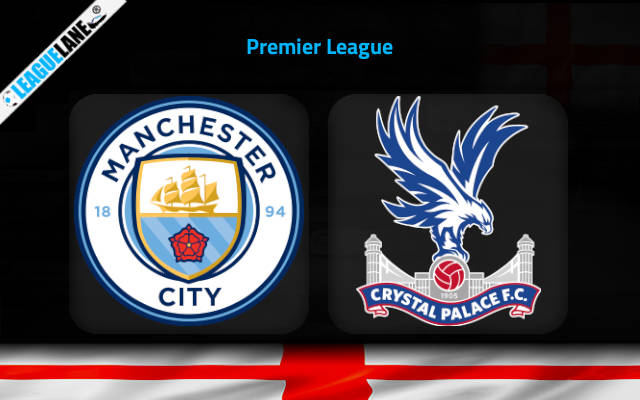 Manchester City and Crystal Palace will take on each other in one of the most exciting games of Matchday No 4 on Saturday afternoon at Etihad Stadium.

The Citizens slipped up for the first time this season last weekend when they played a 3-3 draw away at Newcastle United.

Nevertheless, it was a match in which Pep Guardiola’s troops once again showed an amazing team spirit to claw their way back into the contest despite being in a two-goal deficit on two separate occasions in the game at St. James’ Park.

Newcastle did expose the champions’ back line on the occasion, though, and their three goals conceded at St. James’ Park will be the music to the ears of Patrick Vieira whose Crystal Palace have been playing very attractive football at the beginning of the campaign.

The Glaziers bounced back from an unlucky defeat to Arsenal in a small London derby on the opening day by claiming four points from the next two matches against Liverpool and Aston Villa.

Wilfried Zaha and Eberechi Eze made a deadly combo in the final third. The former already has three goals to his name so far in the season and he will no doubts be the biggest threat to Man City’s goal on Saturday.

We were very impressed by Crystal Palace and their performances in the opening three rounds. They certainly have what it takes to give Man City a game here and we will back the visitors not to lose by two or more goals difference at the odds of 2.45.

We also like the 2.30 odds offered for the Over 2.5 goals FT & Both Teams To Score pick knowing that both teams have been excellent in the final third in the last couple of weeks.