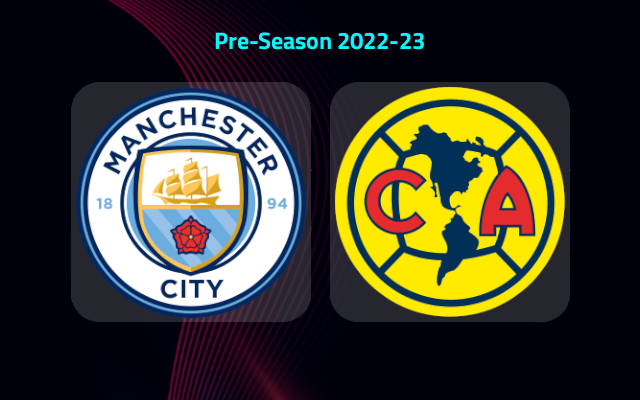 After securing the league title the last season, which was the 4th in the past 5 years, Manchester City just went ahead and signed possibly two of the best strikers in the world at the moment. The team coached by Pep Guardiola will be eager to get going and they will be excited to deliver a huge win against the Mexican side CF America.

The Citizens had lost just thrice all through their league campaign the last season and it sounds unbelievable that they had found the back of the net an astonishing 99 times, and that too without a designated striker.

They are possibly going for all titles on offer this season, and it is no wonder that they are the bookmakers’ favorite to lift the Champions league at the end of the season as well.

As expected, they have been in amazing form lately and they are finding the back of the net in huge numbers as well.

Meanwhile America have been struggling to find form lately. Most of the recent games had ended without wins for them and they had also let in goals in huge numbers in these matches.

Moreover, they are terribly inexperienced against European teams, let alone against the likes of the Citizens. By all means, expect a dominant win for Manchester City this Thursday. This is also the opportunity for their new signings to win the hearts of the fans.

On the other hand, the Citizens were unbeaten in 38 of their past 42 overall fixtures and in the process they had gone on separate 9-game and 7-match winning streaks. As expected they have been finding the back of the net at alarming and astonishing numbers all through this stretch as well.

In addition, they also have a dominant head-to-head record against this opponent over the years.

By the looks of things expect a victory for Manchester City this Thursday.