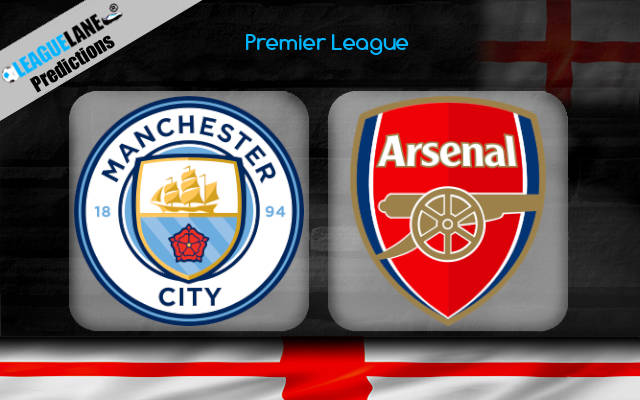 The Citizens could invite a lot of trouble for themselves with one more awful performance this weekend. Despite having a great objective of stopping Liverpool this season, and with the weight of expectations of the entire league – the team has crumbled under pressure.

Pep Guardiola needs to inject some new life into his squad right away, or else, with the kind of form the Merseyside teams are showing, it would be hard for the Spaniard to catch up later.

The 2018-19 champions will be tested thoroughly this Saturday, as they are taking on the Gunners. Not only have Mikel Arteta’s men made a solid start to their campaign, but they also have shown great spirit in taking down some of the best teams in England lately.

The success the Gunners have had in the FA Cup and the Community Shield, is a testament to that fact. On top of that, en route to their FA Cup triumph, the team had also taken down these same Citizens.

Likely, we can expect Pep’s men to have some problems at the back created by the Gunners – especially so with the lack of discipline shown by the former.

However, take into account the fact that Guardiola’s men have their backs against the wall and they are desperate. They need to act now or kiss goodbye their dreams of snatching back the title. On top of that, they have had a phenomenal h2h record against this opponent over the years.

As such, expect Manchester City to be the better team on the pitch.

Pep’s men were held to a 1-1 draw on the road the last match-day, by Leeds. Meanwhile, Arteta’s men recorded a 2-1 win at home the past game week, against Sheffield United.

As things stand, Guardiola’s men have the upper hand. They have been the best team in England for the past few years, along with Liverpool, and as of now, they are desperate for the three points. Likely, we can expect them to give their 100% on the pitch this weekend.

With the kind of talent the team possesses, and under the tutelage of the tactician that Pep is, Manchester City are the favorites – particularly with their phenomenal h2h record against this opponent.

However, the Gunners have had a 100% winning record this campaign, disregarding their match-up against defending champions Liverpool.

On top of that, they have had won ten of their preceding eleven overall games, and seven of their last ten on the road. And to pile on, they have failed to score at the Etihad just once in the past nine years.

Finally, with the struggles at the back for the Citizens lately, it’s expected that the in-form Arsenal will score at least once this week.