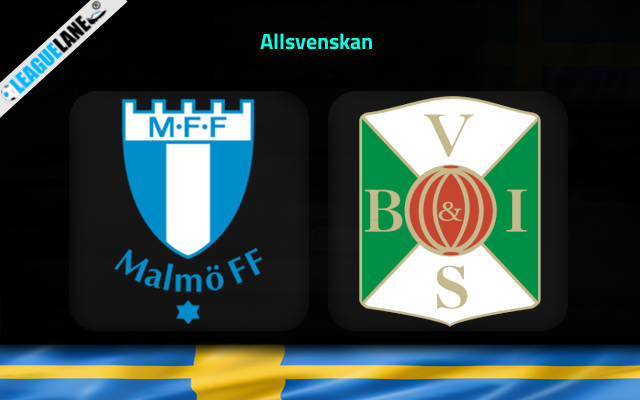 Malmo begin this weekend’s round of fixtures sitting below top four while Varbergs reside just above the bottom four and relegation spots. Both these sides differ by 7 points and 6 places and they will be seen battling it out at Eleda Stadion, this Saturday.

Malmo is at the 5th spot on the standing with 21 points from 13 games. They won 6 times in the league while drawing thrice and lost on 4 other occasions. At least 3 goals have been scored in three of the hosts’ last 6 matches and they have managed to win thrice of their last 4 outings across all competitions.

The home side will be looking for an improved result here following the 2-1 leageu defeat last time out to Sundsvall. Milos Milojevic’s men have found the net a sum total of 6 times in their last 6 outings while the corresponding tally of goals that have conceded from the same accounts to nine.

On the other hand, Varbergs resides at the 12th position on the table with 14 points. Of the 12 matches played, they won 4 times in the league while having drawn twice and lost on 6 other occasions. The visitors are just 5 points safe from the relegation zone and they have seen conceding quite often.

The visitors go into this match after a 3-0 Allsvenskan win over Varnamo in their most recent outing. They have been scored against in 5 of their last 6 games, letting opponents get 12 goals in total indicating their frailties in defense.

Coming into this clash, Malmo haven’t lost in the league to Varbergs in their previous 2 matches. The hosts have won 9 of their last 11 home games in all competitions and have lost only once.

Meanwhile, Varbergs have not won away from home in their last 5 matches in the league. They lost 4 of those games and have conceded 8 goals from their last 2 league games played on road.

Malmo won this very fixture last season by 3-2 and we’re backing them to win again for over 2.5 goals.