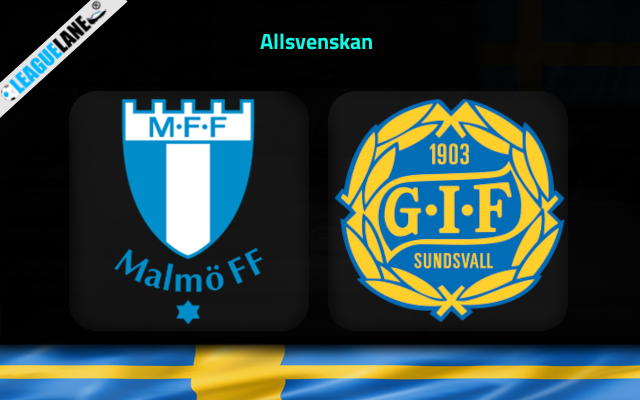 Malmo recorded bettering displays of late. Apart from the league outings, we can see them playing a couple of Champions League Qualification fixtures. They played Vikingur Reykjavik and sealed an aggregate win of 6-5 ft score before the semifinal defeat against Zalgiris.

Anyways, they have managed to get back their competitive unbeaten consistency by sealing a 2-5 aggregate win at the Europa League qualification fixture against Dudelange.

Malmo will face the travelling Sundsvall at Eleda Stadion on Sunday in the matchday 5 of this Allsvenskan campaign. The Stone City is currently following a disappointing losing streak in the league. They might be having some desperation to end their current slump.

In the recent five home fixtures across all competitions, Malmo won four scoring goals in a fashionable rate. This includes some highly competitive outings like a couple of Champions League and a Europa League qualification fixtures.

On top of that, Sundsvall follows a streak of five winless games in the league at present. Four of them were negative displays too. Also, their defensive line-up have been leaking goals in a worrying fashion lately.

Sundsvall is yet to record an away win this year across all competitions. Except for a draw, they have lost every other away fixtures this Allsvenskan season. The newly promoted Sundsvall is clearly struggling at Allsvenskan for some positive consistency.

Therefore, Malmo would be heavy favourites to win this fixture against Sundsvall. We can expect a high-coring treat from the hosts for the local supporters at Eleda Stadion this Sunday.