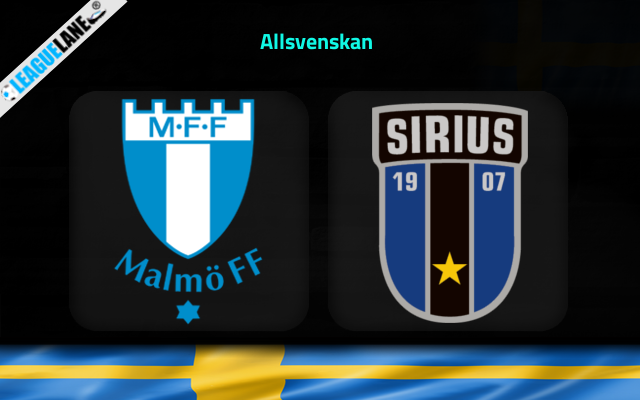 Malmo have been recording disappointing displays in the league lately. Their start was quite impressive and had managed to remain unbeaten till their eighth fixture. Since then, they follows a streak of losing games in the league. However, they have gained a decent momentum of late.

Meanwhile, Sirius had an impressive start to this season. Instead of maintaining it, they turned dreadful by recording fluctuating displays. However, their recent displays shows the signs of improvement. They will be hoping to continue their current unbeaten form further in the league.

We can see Malmo recording highly impressive displays of late. Apart from the league outings, we can see them playing a couple of Champions League Qualification fixtures. They played Vikingur Reykjavik and sealed an aggregate win of 6-5 ft score.

Malmo is having a winning form at home of late. They won each of their past four home outings across all competitions. Their offensive side have scored two or more goals in each of those four positive outcomes recorded by them. These recordings will only boost them with spirits.

On the other side, Sirius are having an average form in the league at present. They are mostly winless in the recent league outings. Out of the past 6 league outings, four ended up in a winless display for them. Also, they have leaked two or more goals in three of those 6 league fixtures.

We can see Sirius recording a 1-1 draw on the road against Kalmar in their most recent league fixture. It was their third winless recording in the past five league outings on the road.

On top of that, Malmo have a strong form against Sirius in the head to head history. Hence, we back Malmo to seal a win from this fixture against Sirius.