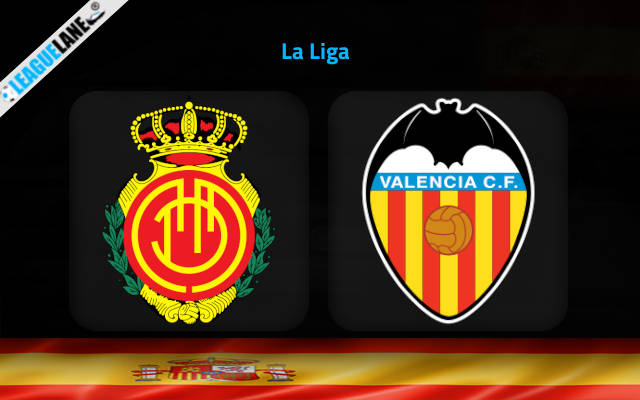 Mallorca is only one spot away from landing into the relegation zone after losing their last league fixture. They lost thrice of the last five league schedules and have only a mere 6 points lead from the relegation place.

Valencia lost back to back league fixtures and have undergone 7 games without seeing a green flag. They hope to turn the tables as they en-route to Palma de Mallorca to meet the Vermilions at Visit Mallorca Estadi for the 26th round of LaLiga.

Valencia is at the 12th spot on the standing with 30 points from 25 games. They won 7 times in the league while drawing and losing 9 games each. They scored 37 in total while conceding a sum of 42 which shows some improvement in defense is needed.

Los Che lost back to back league schedules against Alaves and Barcelona. They have been scored against on 4 of their last 5 fixtures conceding a total of 10 goals while their own forwards managed to score only 5 from the same period.

On the other hand, Mallorca resides at the 16th position on the table with only 26 points. Of the 24 matches played, they won only 6 games while drawing on 8 and losing on 10 other occasions. Their total goals to conceding ratio stands at 23:38 so far in the league.

The home team lost the last league fixture to Betis by 2-1 last week failing to mark their hat-trick league win. They have been scored against on all of their previous 5 matches leaking 10 goals past their defense while they bottled up only 6 times over the same period.

Previous matches between the two has averaged 3.15 goals while BTTS has happened 69% of the time.

We feel that a home win is likely to occur as the hosts won back to back games in front of their home crowd while the visitors lost the last 3 fixtures on road. Also scoring from both sides can bee seen with a slight advantage to the home team.