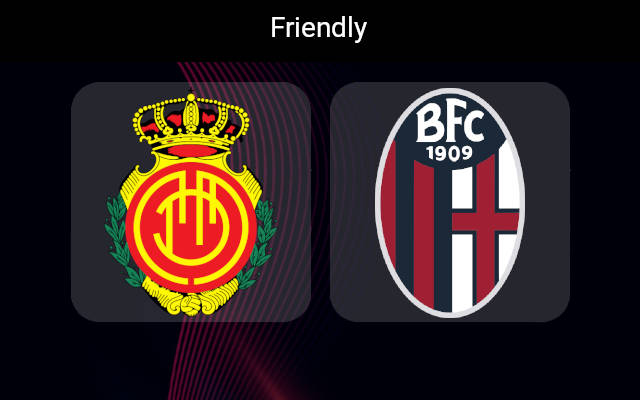 Mallorca and Bologna will continue their December’s friendly schedule on Wednesday afternoon as they take on each other at Estadi Son Bibiloni.

The Spanish outfit are unbeaten in two friendly clashes since the start of the World Cup break. They eased past half-amateur side Poblense 1-4 in November, before playing a 2-2 stalemate against German Bundesliga outfit Mainz four days ago.

Amath Ndiaye and Vedat Muriqi (penalty-kick) were on target for Mallorca on Saturday. We have to say it was an open game packed with chances at both ends of the pitch.

This is in contrary to everything we have seen from Mallorca so far in the season. They played defensive-minded football under Javier Aguirre in the opening 15 games of the La Liga campaign.

The man we should all definitely keep attention at is Vedat Muriqi who bagged 8 goals in 12 La Liga appearances this term.

Bologna were in action on Friday when they demolished Austrian lower-division side Kapfenberger SV 9-0.

Interestingly, nine different players got their names on the scoresheet, including Nicola Sansone, Marko Arnautovic, and Musa Barrow.

Bologna are playing attacking-minded football under Thiago Motta this season. They hold the 11th position in the Serie A standings with a goal difference of 20-25 after the inaugural 15 matches.

We must say Bologna won six of the previous seven outings in all competitions (including five league games and one Coppa Italia affair on top of the mentioned friendly). All of the last five outings they played saw at least three goals scored.

Backing goals has to be the way to go in this one. Mallorca have played a 2-2 draw to Mainz four days ago, while Bologna are generally playing attacking-minded football under Thiago Motta this season.

We have also seen nine different players getting their names on the scoresheet in Bologna’s 9-0 thumping of Kampefnebrger SV on Friday. We’ll take the attractive 4.50 odds offered for Bologna to win & Both Teams To Score pick.