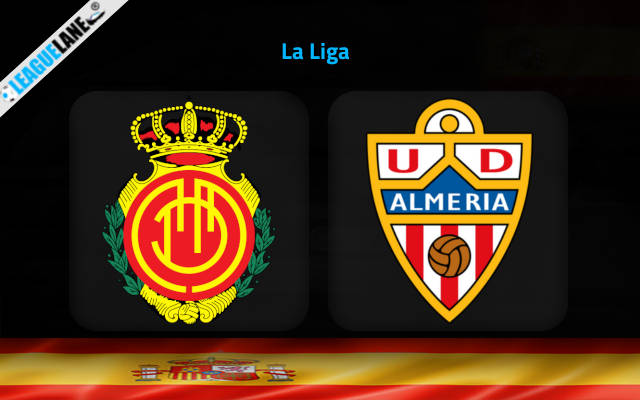 Mallorca hung on to the Spanish La Liga by the tiniest of margins the last season, as they avoided relegation. Meanwhile, Almeria won the Segunda at the same time, and secured promotion to the top flight.

As expected, both teams are struggling to perform well in the possibly the best domestic league in Europe. The two squads so far managed to register just a single win apiece.

Mallorca finished 16th in the table the previous season, with a surplus of one point over the relegation cut-off. They recorded just 10 wins in total all through the stretch, and only two other teams let in more goals than them in the entire competition.

And it deserves to be mentioned that both those teams were relegated at the end of the campaign.

Meanwhile, Almeria severely lack the experience to take on the veterans of the top flight. At present, they are placed 14th in the table, and their defense is also in tatters.

It goes without saying that the two squads will target each other for a victory this Saturday, and with two out-of-form defenses on either side, chances are sky-high for goals to come in huge numbers.

Moreover, goals came in plenty whenever the two teams locked horns in the past as well.

Mallorca lost 4-1 on the road the last match-day, against Real Madrid, and they were winless in six of their past seven overall games as well. They are also still searching for their first victory at home this season, as well as their first clean sheet here.

On the other hand, Almeria lost 0-1 at home the past game week against Osasuna, and they are on a two-match losing streak too. Moreover, they were winless in nine of their past thirteen overall games.

Do also note that they failed to keep clean sheets in nine of their past ten overall match-ups. Moreover, they let in two or more goals in three of their past five road trips too.

Considering these stats, expect a high-scoring affair this weekend between the two teams.

Tips for Mallorca vs Almeria