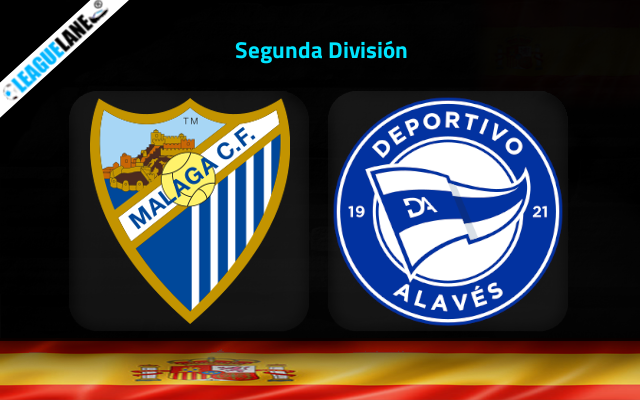 Malaga vs Alaves Predictions and Free Tips from our expert tipsters when the teams go head-to-head in the Spanish Segunda Division on Sunday, 18 December 2022.

Malaga are second from the bottom in the table due to a poor run of form since the beginning of the season. The team has not been able to escape the slump from the beginning due to their unimpressive offensive and defensive line.

Meanwhile, Alaves are sitting inside the safe zone even after conceding consecutive defeats in the last three outings. A win is essential for them to end their current losing streak and to secure the safe zone spot.

Alaves can also rely on the recent tradition since they won the previous three encounters against Malaga. The latest match had finished in a 0-3 win for Alaves.

At this venue, the guests are having a two-fixture winning streak. Malaga have failed to seal a win here against Alaves in the past decade.

Who will win the match between Malaga vs Alaves?

Malaga is a team that cannot win consistently even at home stadium. They failed to win seven of the nine home matches they played so far this season.

Meanwhile, Alaves were unbeaten in seven of their 10 on the road fixtures so far in the season. On top of that, they have a good h2h form against Malaga of late. Therefore, expect a victory for Alaves on Saturday.

Affairs involving Malaga have generally been low-scoring affairs lately. The main reason for such a goal stat is their attacking side which scored just 6 goals in the past nine league outings.

Since Alaves have been successful in scoring and preventing goals consistently before conceding defeats in the last three, this match is likely to have fewer than 2.5 goals ft.

Two of the last four away matches played by Alaves saw their defensive line keeping clean sheets. As Malaga owns a disappointing attacking side of late, expect a one-sided affair here.

Considering all these observations, we are left to back the away side Alaves to seal a win at 2.50 odds.

Under 2.5 goals at 1.55 odds seem to be a decent alternative since these two teams have been recording affairs with fewer than 2.5 goals lately.