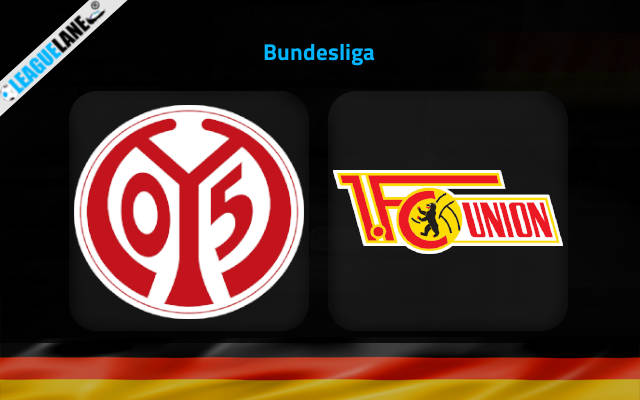 Both Mainz and Union Berlin got off to a victorious kick-off to the new Bundesliga campaign with their respective successes against Bochum and Hertha Berlin.

Both outfits will want to preserve the perfect record after Sunday’s clash at MEWA ARENA, but we somehow see the draw as the most likable of the three outcomes.

Union Berlin do possess more quality in their ranks, but Mainz will annul it with the home court advantage.

Mainz were one of the best home teams in the entire league last season. They took 35 points on the home turf in the previous term of Bundesliga. The problem was that they failed to match such displays on travels where they clinched no more than 11 points for the season.

All eyes will be on Karim Anisiwo who got off to a fantastic start for Mainz, completing a brace in a 1-2 victory over Bochum away at Vonovia Ruhrstadion.

Union Berlin have their offensive weapon in the like of new acquisition Jordan Siebatcheu (or Pefok if you like). The former Young Boys forward was immediately on target in a 3-1 victory over Herth Berlin in the capital city derby last weekend.

It is also worth noting that both Mainz and Union Berlin enjoyed a fine pre-season form. The hosts are now unbeaten in four straight outings, while the visitors made it six successive matches without a defeat if we include the summer exhibitions.

Mainz rarely dropped points at home last season, losing only 2 of 17 league outings at MEWA ARENA. Union Berlin were great against Hertha at the beginning of the season.

This is why we see the stalemate as the best betting option here. You can back it at the odds of 3.25. Both teams to score is another bet worth considering at the 1.75 odds.