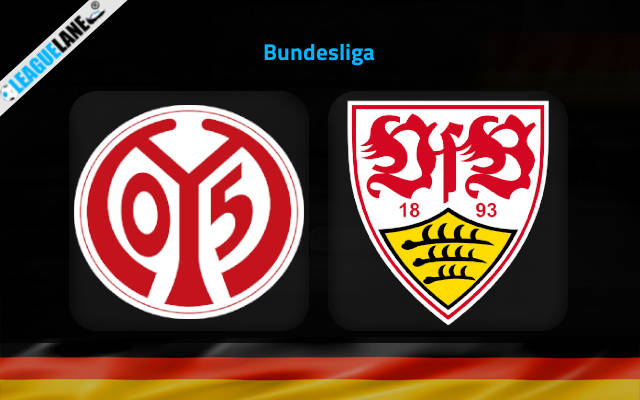 Stuttgart are playing with fire at the moment. They are placed 15th in a table of 18, and have a surplus of just one point over the relegation cut-off.

They have won just six times all through the campaign, and importantly, they are desperate to secure points now – with just five games remaining in the season.

However, this sense of desperation could really turn ugly for them – and particularly so for their defense. They have been letting in goals in plenty right from the start of the campaign, and now they do not have the luxury to concentrate much on their backline.

Meanwhile, Mainz could make a last ditch push for European qualification. They are placed tenth in the table, and need a surplus of just six points to climb level with the sixth-placed squad. They have five games remaining to do that, and as such they are in urgent need for points.

As these two take on each other, anticipate a goal-fest, especially with both gunning for the three points. However, the upper hand surely resides with the hosts, Mainz.

Note that they had also scored three or more goals in six of their past twelve home fixtures.

On the other hand, Dortmund lost 0-2 at home the past game week, against Stuttgart. They were winless in 13 of their past 16 overall games, and they have a total of one league win on the road since May of 2021.

Considering these observations, and past h2h stats, expect a win for Mainz this weekend. And taking into account the desperation of either, anticipate goals in plenty too.

Tips for Mainz vs Stuttgart