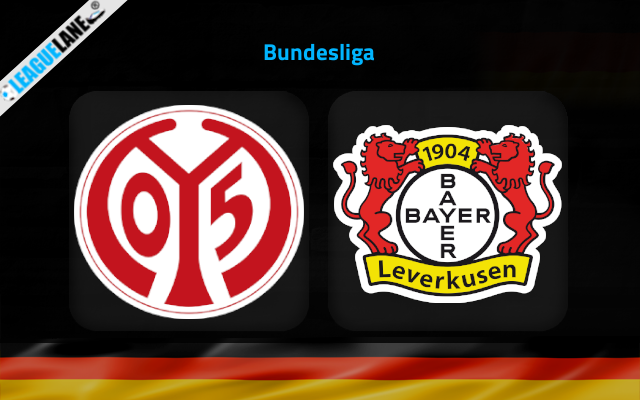 Mainz have been going through a good stretch of performances slightly. They are finding the back of the net at a good rate and have developed some momentum as a result as well.

They had finished 8th in the German topflight the last season and therefore they missed out on any European competitions for this upcoming campaign. This has been a major blow for them.

Meanwhile, Bayer Leverkusen had finished 3rd in the German top flight. They will be taking part in the Champions League this season and they really did earn their place in the tournament.

Despite of their impressive previous season displays, Bayer Leverkusen have not been able to recreate it this time so far. They have lost all the three appearances they had since the new campaign and have let in goals in numbers.

Leverkusen have been struggling badly to seal a point since the beginning of this season. Their offensive line have only scored one goal so far this campaign.

On the other hand, Mainz were unbeaten in 9 of the past 10 overall fixtures. This includes their on-going unbeaten streak of six games. They have scored seven goals in the past 4 appearances.

Moreover, they were also unbeaten in 9 of the past 10 appearances at home. They are on a 8-game unbeaten streak here at present.

This match is a great chance for the hosts to maintain their impressive spell of form at the beginning of this season. By the looks of things, we expect a victory for Mainz at the end of this one.