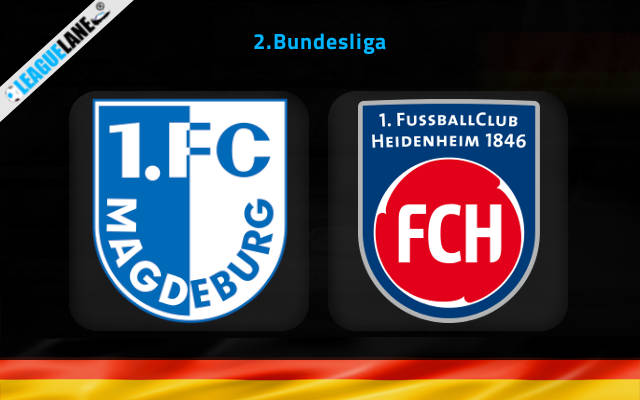 More than 60% of the matches have ended in a defeat for Magdeburg this season. They will now hope for a victory as they will face Heidenheim on Matchday 14.

This host have picked up momentum recently as they have won two games in their last four matches.

Hamburger were stunned when they got defeated by the host by 3-2. What made it interesting is that three different players scored for the Christian Titz’s side in that game. This result took the team to the fifteenth in the league.

However, they have conceded the most number of goals in the league this season. This is why they have a negative goal difference of eleven at this early stage.

Furth could not get past Heidenheim last time as they fell to a 3-1 defeat. This victory comes after their 3-0 defeat against Holstein Kiel. Now they are just two wins away from reaching the top of the table, and this game is their best chance to win the first three points.

Along with Paderborn, they have the best defensive record as they both have conceded just twelve goals till now. Also, they have only lost twice this season.

Both teams are separated by huge margin of ten points on the table.

Our first tip for this fixture is that Heidenheim will win this game- the odd for this tip will be at 2.30. The visitors are unbeaten in the last two meetings against this team. Also, they won their most recent game against Furth.

Our next tip for this game is that Heidenheim will score Over 1.5 goals- the odd for this tip will be at 2.00. In two of the last three league outing, Frank Schmitt’s team have scored a minimum of two goals.