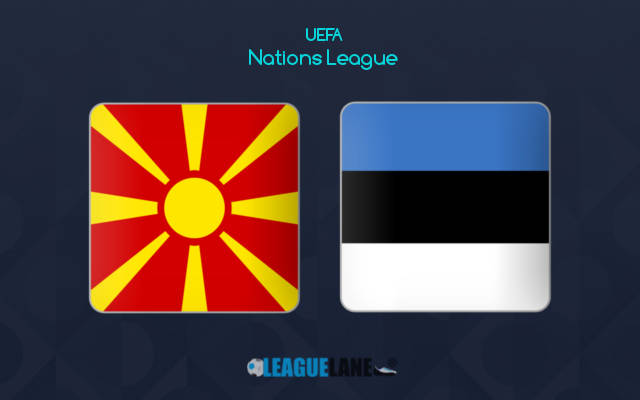 The Red Lynxes are the toppers of the table, with just two more match-days remaining. Should they hold on to that spot, they would be promoted to League B – which would be a magnificent achievement for a team of their stature.

They are also pitted against the struggling Blueshirts, who are also placed dead last in the table. Quite certainly, this will be the perfect opportunity for the hosts to go after the three points – which would help in their objective to climb to the higher division.

Moreover, the second and third-placed teams are not that lagging behind, but they are taking on each other this weekend, and at least one of them will drop points. Thus, a win at the National Arena Toshe Proeski will allow Igor Angelovski’s men to put one foot into League B.

Moreover, they are in comparatively far better form than Karel Voolaid’s men, and they also have a great h2h record against this rival over the years.

Expect North Macedonia to have the edge this Sunday.

Angelovski’s men recorded a 0-1 win on the road the last match-day, against Georgia. In the meantime, Voolaid’s men were held to a 1-1 draw at home by Armenia.

Going on, the Red Lynxes are unbeaten in their last seven match-ups, and they have scored two or more goals in two of their former four games. At home, they had remained unbeaten in 11 of their last 13 appearances, and impressively 10 of these were wins.

Do also note that they had scored two or more goals in nine of their preceding thirteen match-ups here.

On the other hand, their counterparts are on a 14-game winless run, 11 of which were losses. And on the road, they are on a four-fixture losing run, and had failed to score in their last six away fixtures.

In fact, the combined scorecard for their past six road games is 20-0, in favor of their opponents.

Finally, they also have a 100% winless record in h2h encounters over the years.

By all means, count on the determined North Macedonia to deliver a great performance this Sunday.