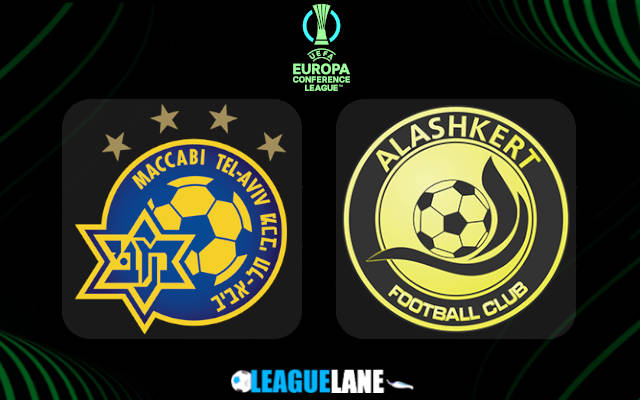 Maccabi Tel Aviv welcome Alashkert on home soil as the two sides am to seek glory in a fixture that will go down in the history books of either clubs.

In the Israeli Premier League, the hosts currently sit in 10th position in the table with just 1 point on board after 2 league games as they are currently residing in the relegation zone play-off spots.

The home side come on the back of a 3-1 loss to Bnei Sakhnin and a 1-1 draw to Petach Tikva. In the game again Bnei, Enric Saborit scored a 7th minute penalty to put Tel Aviv in front, but the opponents came back strongly to seal a 3-1 victory.

In the game against Tikva, Lameck Banda rescued a point as he scored a 57th minute equalising goal to give Tel Aviv their first point of the 2021-2022 domestic league season.

The away team currently sit in 9th position in the Armenian Premier League with just 1 point on board after 6 league games. Alashkert have not won a single fixture yet and they have drawn just once while losing the other 5 games.

Their form has been shattered and they have not yet found their winning strides as Tuesday’s encounter with Tel Aviv is set to be a tough game for the Armenian side.

Alashkert come into this fixture on the back of a 3-2 loss away from home to Ararat. In that game, Aleksandar Glišić and José Embaló scored both the goals in the 29th and 96th minute of the game.

The hosts are expected to comfortably win this fixture against Alashkert and we see really good value in the odds that the hosts are going to win with a margin of 1 goal with the odds stacked at 3.20.

On the other hand, we back the odds at 1.44 for both teams not scoring in this game as Alashkert don’t have enough ammunition in them to hurt the hosts.