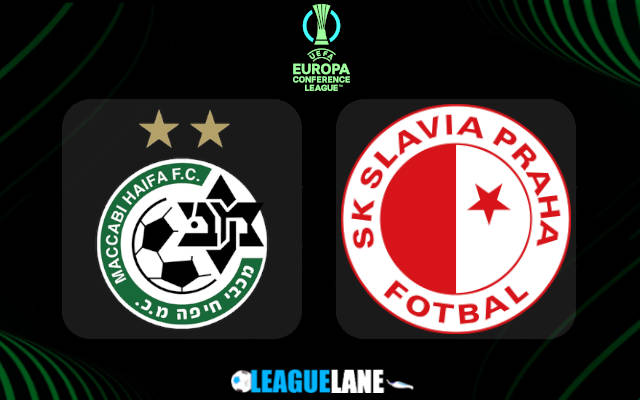 Slavia suffered their maiden domestic loss of the season in the previous away fixture (1-0 to Sparta Prague), but they left a much better impression than Maccabi Haifa in the early stages of the season (both in their domestic leagues and in the Europa League). Also, Slavia have a much greater European experience and we believe they have what it takes to see off the Israeli outfit on Thursday.

This will be the first ever head to head encounter between Maccabi Haifa and Slavia Prague in a UEFA run competition.

Slavia Prague will be looking to claim a maximum of six points from the upcoming double-header against Maccabi Haifa and thus get the pole position in the battle for one of the top two spots in Group E.

The Czechs have three points from the inaugural two rounds, courtesy of the 3-1 win over Union Berlin on the opening day.

They are now up against arguably the weakest team in the group. Maccabi Haifa did hold Feyenoord to a goalless draw in the first round, but they showed their limits in a tough 3-0 defeat at Union Berlin last time out.

The hosts have thus not scored a goal in the group phase yet. They have also been far from impressive at the beginning of the new season in the top flight of Israeli football.

They won three, drew one, and lost two of six Ligat Ha’al affairs. They fell 1-2 to direct rivals for the title Hapoel Be’er Sheva in the previous home fixture.