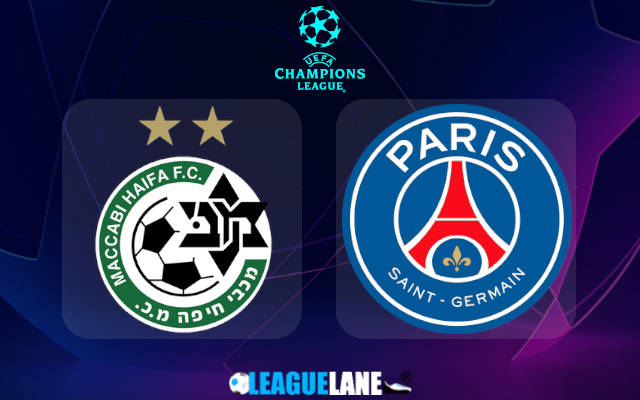 As expected, the Parisians started their European campaign with a win, and now they travel to the Sammy Ofer Stadium, to take on minnows Maccabi Haifa.

Christophe Galtier has employed his fearsome trio of Lionel Messi, Neymar Jr, and Kylian Mbappe at the front quite effectively so far, and will possibly try out this upcoming encounter to deliver a huge win.

They are already at the top of the French league table, and so far they maintained an unbeaten record. In fact, disregarding a single draw they have a 100% winning record.

They scored 25 goals from just seven fixtures till now, and even the earlier season, they won the title with a 15-point lead at the top.

They are absolutely going after the Champions League this time around, and it is important for them to keep their momentum going on.

Moreover, with the likes of titans like Juventus and Benfica in the same group, it is important for the Parisians to keep a hold of the top-most spot.

Going on, it needs to be mentioned that they registered a winning performance against Juve in their opener. At the same time, Maccabi Haifa lost 2-0 on the road in their first game in the CL, against Benfica.

As things stand, expect a dominant victory for PSG this Wednesday against the minnows Maccabi Haifa.

Maccabi Haifa were winless in eight of their previous fifteen overall fixtures, and in the process they went on a four-game losing streak.

On the other hand, the Parisians are on a four-match winning streak, and are unbeaten in their past 23 fixtures. In the process, they went on two separate four-game winning stretches, and another ten-fixture winning streak.

Moreover, they are possibly one of the two best teams in Europe, along with Manchester City. And they are pitted against an inexperienced minnow from Israel.

By all means, expect a dominant victory for PSG this Wednesday. Do also count on the red-hot Kylian Mbappe to find the back of the net at least once. If you have a slight appetite for risk, back Mbappe to score the first goal at 4.00 odd.