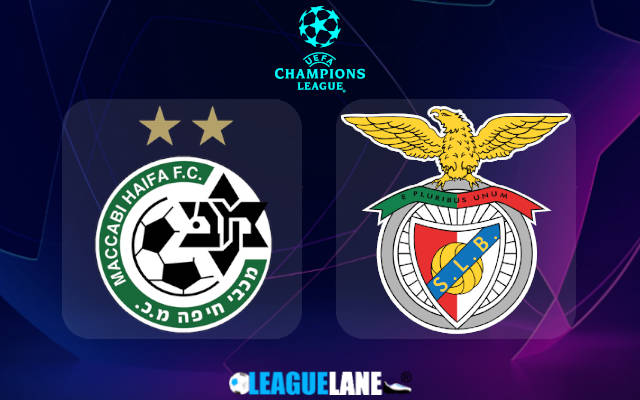 Benfica are in such great form that they are in pursuit of the top-most spot in a Champions League group, that has the likes of PSG and Juventus. Meanwhile, Maccabi Haifa are placed bottom-most in the group table, and easily have been the worst of the lot.

However, Haifa still do have a chance to make it to the Europa League. They are level on points with the third-placed Juventus, who are pitted against toppers PSG this last match-day in the group stage.

Juve are expected to lose this final match-up, and this is the opportunity for Maccabi to go after a Europa League ticket.

However, this desperation could prove to be their downfall as well.

They are going against a team that made the likes of PSG and Juve sweat. Not only did Benfica remain unbeaten throughout the campaign so far, but barring their two draws against PSG, they have a 100% winning record in the tournament too.

And this includes their wins against former Italian champions Juventus, at home, as well as on the road.

They also have the joint-best defense in the group with the Parisians, and they have the second-best offense as well.

Moreover, they are in superb form in their domestic league too, and most importantly the reverse fixture between the two teams ended in a convincing win for the Portuguese club.

By the looks of things, expect a win for Benfica this Wednesday at the Sammy Ofer Stadium.

Benfica are on a winning streak, and at the moment they are on a long unbeaten run as well – which stretches back to May. This defeat had come against arch-rivals Porto.

All along they scored goals in huge numbers, and they even defeated this opponent win to nil in the reverse fixture.

On the other hand, Maccabi lost their latest game by conceding seven goals. They have been dealing with defensive issues for quite some time now.

Even in front of their home crowd they have not been able to pull off some good performances, and it is a major doubt if they will be able to make something happen this Wednesday under pressure.