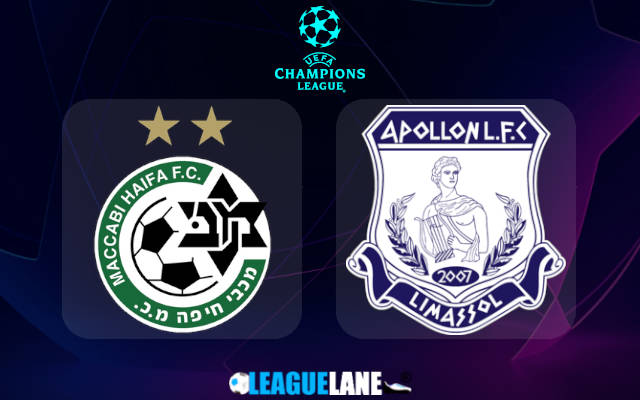 Maccabi Haifa are the reigning champions of the Israeli top flight and they had secured the league title in phenomenal style. While they have not been able to maintain this form lately it needs to be mentioned that they still have been dominant at home. And at the same time Apollon have been struggling to find consistency as well.

Apollon are the title-holders of the Cypriot league. But currently they are on a long winless run and most of these fixtures had finished in losses for them. And particularly on the road their defensive performances have simply been worrisome.

Going on, it also needs to be mentioned that they have not had that much experience in continental football competitions as well.

On top of that they also have been on a good run at home for quite some time now and have consistently found the back of the net in these appearances as well.

Considering these observations expect a victory for the hosts Maccabi Haifa this Wednesday.

Haifa have lost just 5 times in the past 5 months and in the process, they had gone on 2 separate 3-game winning streaks as well as another 2-fixture winning stretch.

They have also lost just once at home since November and in the process they had delivered a 6-game winning streak as well as another 4-game stretch and a 3 fixture winning streak.

On the other hand, Apollon are on a 5-match winless run and 4 of these were defeats. Do also note that they had let in 3 or more goals in 2 of their past 4 fixtures.

And importantly, they have a single win on the road in the past 6 months.

Taking into account these observations, expect a victory for Maccabi Haifa this Wednesday.

Tips for Maccabi Haifa vs Apollon