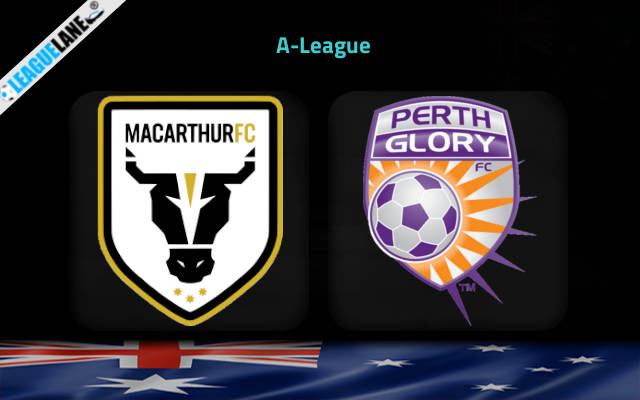 Macarthur vs Perth Glory Predictions and Free Tips from our expert tipsters when the teams go head-to-head in A-League on Sunday, 18 December 2022.

Despite playing a good game, Macarthur recently lost to Melbourne Victory. The only positive result they picked in the last two months was the impressive 3-2 victory against Central Coast Mariners.

At the same time, Perth Glory got their second win of the season as they defeated Western United by 2-1. They are presently at the eleventh position on the table.

The host are on a two-game winning streak against this team. This is going to be the third time both these sides will go head-to-head this year.

The visitors are yet to win against this team. It is important to mention the visitors have lost four of their last five away fixtures.

Who will win the match between Macarthur vs Perth Glory?

Macarthur will win this fixture with ease. They have an excellent unbeaten record against Perth. Not to mention that the visitors have one of the worst away forms in the league till now.

This fixture is not a high-scoring one. In four of the last five overall head-to-head meetings, the game ended with not more than two goals combined. This time as well we can expect this trend to continue.

The first tip is that Macarthur will win this game– at 2.10. The host are unbeaten in all five head-to-head meetings against Perth in the last two years. Moreover, the visitors are struggling to win this season.

Our second tip is that Under 2.5 goals will be scored – at 4.50 odd. Four of the last five meetings between these two teams have ended with no more than two goals combined.