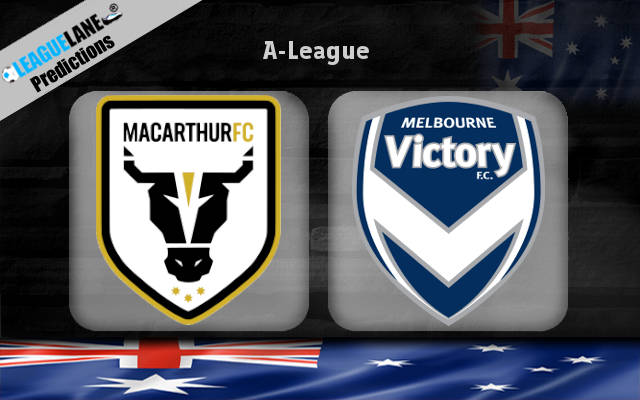 Melbourne Victory got off to a surprisingly quiet start to the season, winning just two of the inaugural six games of the 2022/23 A-League Men campaign.

This is enough only for the 8th position in the league standings ahead of Sunday’s clash against Macarthur in Gameweek No 7 at Campbelltown Stadium.

Melbourne began the season with the 2-3 road win over Sydney but they have not been pulling up any trees since then.

Their previous away match ended in a tough 3-0 defeat at Adelaide United. The team led by Tony Popovic have failed to find the back of the net in the previous two away outings.

Melbourne Victory are generally struggling for goals this season since they only managed to bag seven in the inaugural six rounds.

The visitors will hope to improve their weak attacking record here against Macarthur FC who have been anything but reliable defensively so far in the campaign.

Dwight Yorke’s troops had shipped seven goals in the back-to-back defeats to Sydney and Wellington Phoenix before beating ten-man Central Coast Mariners 2-3 on the road in the previous game.

The fact Macarthur allowed two goals against ten-man Mariners best shows the condition of the team’s back line.

This is an ideal chance for Melbourne Victory to find the much-wanted positive rhythm by exploiting the weak Macarthur FC defensive line to the max in the last game of Sunday’s A-League program.

We’ll take Melbourne Victory to win & Over 2.5 goals FT pick at the 2.75 odds, while you can also go with Bruno Fornaroli to score anytime for the visitors at the 2.60 odds. Fornaroli has made just two appearances so far in the season but is projected to start on Sunday.