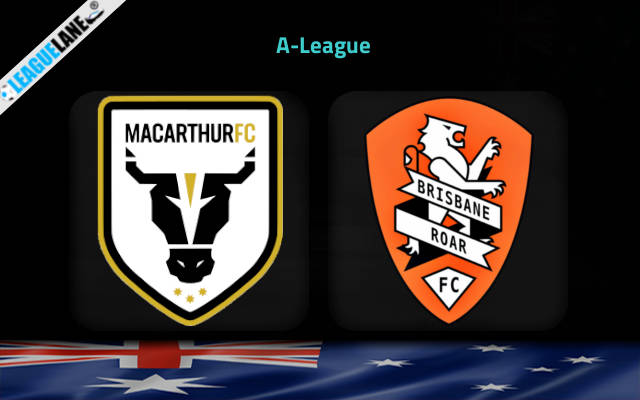 With 7 points and two places apart, Macarthur FC will be hosting Brisbane Roar who are currently on a 3-game unbeaten run in the league. They both are set to clash at at Campbelltown Stadium, this Friday.

The Bulls are at the 7th spot on the standing with 29 points from 21 games. They won and lost 8 times each in the league while drawing on 5 other occasions. The hosts need only 3 points to get into the Quarter-final Play Offs but have lost 3 of their last 5 league schedules.

Macarthur FC will be wanting a better result here after a 1-0 A-League losing effort in their last game against Adelaide United. Things have not been going that well in front of goal for them recently, with the side failing to score in 2 of the last 5 games.

On the other hand, Brisbane Roar resides at the 10th position on the table with only 22 points. Of the 21 matches played, they won only 6 games while drawing on 4 and losing on 11 other occasions. They had put together a good run of form and has now gone 2 games without defeat.

In their last fixture, Brisbane Roar settled for a goal-less draw. They have been scored against in 5 of their last 6 games, seeing opposing sides hit 10 goals in all. The visitors have seen their frailties exposed in defense.

Previous matches between the two had averaged 3 goals while BTTS has happened 67% of the time.

Macarthur FC won thrice of their 4 league games held at home. But they have not beaten Brisbane Roar in their previous 2 matches in the league.

Meanwhile, Brisbane Roar won only once of their 11 away games played this season. They even lost 63% of the games played on road.

By the looks of things, expect a home win this Friday.