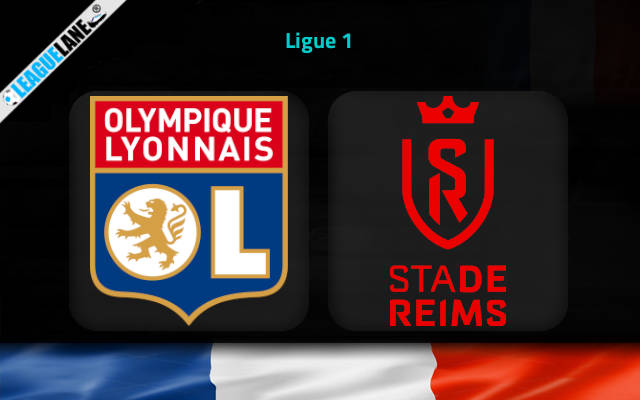 Lyon are 7th in the Ligue 1 standings at the moment and they can ill afford too many home slip-ups in the upcoming period.

The hosts won two of the last three league games and we fancy their chances against Reims here. It is worth noting that Lyon are unbeaten at home this season, while Reims have won only one of eight league games on the road.

Reims are currently enjoying their best form of the season following a thread of three subsequent Ligue 1 games without a defeat.

They have picked up the third victory of the campaign on Sunday afternoon, scoring the late 91st-minute goal in a narrow home win over Clermont.

The head coach Oscar Garcia was satisfied with another strong defensive display from his men who kept their rivals at zero attempts on target on the occasion.

They allowed only one goal in the last three Ligue 1 affairs, and they will travel to Groupama Stadium for mid-week’s 16th round clash against Lyon in the highest of spirits.

However, maintaining the three-game unbeaten streak will be quite a big challenge for Reims here since they are up against one of the strongest teams in the country.

Lyon were also successful at the weekend, celebrating the same 1-0 victory. They saw off Montpellier on the road, courtesy of an early goal from Lucas Paqueta.

Tips for Lyon vs Reims