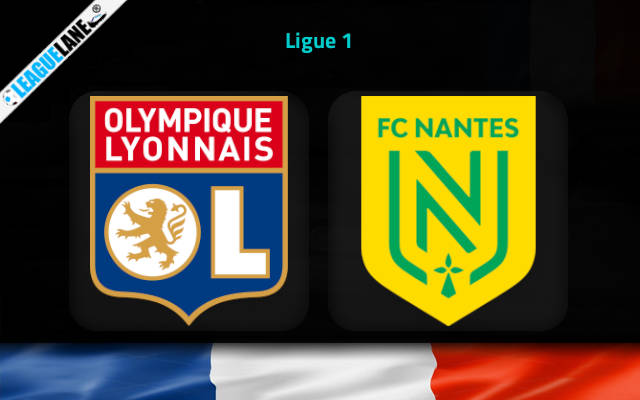 After losing the last game, Lyon hopes to change the scenery as they invite Nantes to Parc Olympique Lyonnais, this Saturday.

Lyon is at the 8th spot on the standing with 55 points from 36 games. They won 15 times in the league while drew on 11 and lost on 10 other occasions. Their struggles at the defensive end of the pitch has also been another key factor as they have conceded 48 goals so far, although they have been solid at the opposite end of the pitch with 61 goals scored so far.

Lyon will be wanting a better result here following the 3-2 Ligue 1 defeat in their last game at the hands of FC Metz. Matches featuring them have usually been exciting encounters recently with high scoreline being anticipated. Over their past half dozen clashes, the sum total of 28 goals have flown in for both sides combined.

On the other hand, Nantes resides just below them at the 9th position on the table with a 51 points. Of the 35 matches played, they won 14 times while drew on 9 and having lost on 12 other occasions. They scored 50 in total while conceding a sum of 43 which shows some room for improvement in defense is needed.

Nantes head into the clash following a 1-0 Coupe De France win over Nice in their recent fixture. Over the course of their last 6 outings, the visitors have amassed a sum of 12 goals while have also not failed to score in every single one of those games.

Lyon haven’t been beaten in the league by Nantes in their last 3 games. They have also won their last 3 home league fixtures netting 14 goals in total. The home side remain unbeaten in 83% of the home games played this season.

Meanwhile, Nantes are without a win away from home in their last 3 league games. They have also lost the last 4 h2h fixtures against this rival.