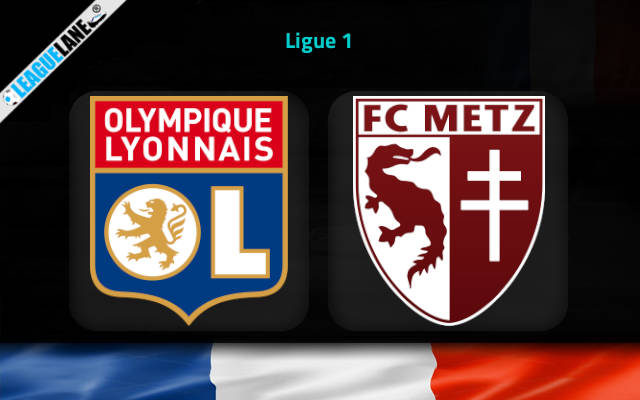 Metz have just suffered a humiliating Coupe de France elimination at the hands of lower-division Bergerac in the last 64 round of the competition on Sunday. They lost two of the last three league games conceding seven goals in these defeats. Lyon should win this comfortably.

Lyon can ill afford another slip-up on Wednesday evening when they play host to bottom-half strugglers Metz in Matchday No 19.

The team led by former Ajax manager Peter Bosz won only 6 of 17 Ligue 1 outings so far in the season.

They sit at a very disappointing 13th position in the domestic league ladder at the halfway mark of the season.

It is finally time for Les Gones to get their campaign up and running and get back to the top half of the standings as soon as possible.

Mid-week’s home fixture against Metz is an ideal opportunity for Lyon to get some momentum with a confidence-boosting victory before the festive period.

Metz are one of the weakest teams in the league, especially when they play away from their backyard.

Metz, however, did jump to the 18th place after winning two of the last for league outings.

Frederic Antonetti’s men took advantage of the somewhat easier schedule to pick up these results, although their performances have been far from impressive along the way (despite a demolishing 4-1 victory over Lorient which they did not deserve).

Tips for Lyon vs Metz