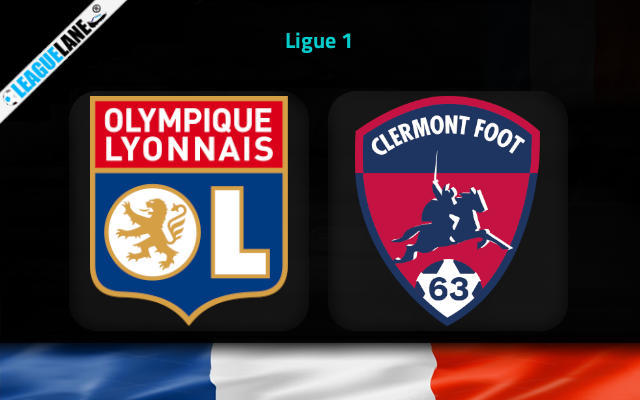 Lyon and Clermont are set to battle it out in the first game of an exciting Sunday schedule in Ligue 1.

Clermont got off to a dream start in their debut season in the top flight of French football.

The visitors picked up a couple of separate 2-0 victories over Bordeaux and Troyes and they share the very top of the standings with Angers and PSG as a consequence.

The head coach Pascal Gastien can be thrilled both with his side’s back line which is yet to concede this season and a phenomenal forward Mohamed Bayo (the top scorer of the previous Ligue 2 campaign) who notched three of his team’s four goals so far.

Bayo will have plenty of room to keep his phenomenal spell of form going here at Groupama Stadium since Lyon have not been playing defense at all this summer.

Lyon conceded three goals in a tough away loss at Angers last time out. They also shipped at least two goals in each of the last three exhibition games against Villarreal (a 2-2 draw), Sporting Lisbon (a 2-3 defeat), and Porto (a 3-5 loss).

On the other side, we have to say that Clermont’s strong defensive record will be on a serious test here as the elite class debutants are about to come face to face with the likes of Moussa Dembele, Karl Toko Ekambi, and Islam Slimani.

Lyon come into this as favorites, but who would back them to win at the 1.55 odds after Clermont had won both of their top flight openers to nil? The value is definitely with the visitors who certainly have the weapons (namely Mohamed Bayo) to exploit the obvious holes in Lyon’s back line.

Moving forward, the hosts will be without Maxime Cornet who was sent off in the last weekend’s loss to Angers. We can’t see either of the two sides keeping a clean sheet here as the Over 2.5 goals FT looks like the best betting option at the 1.66 odds.