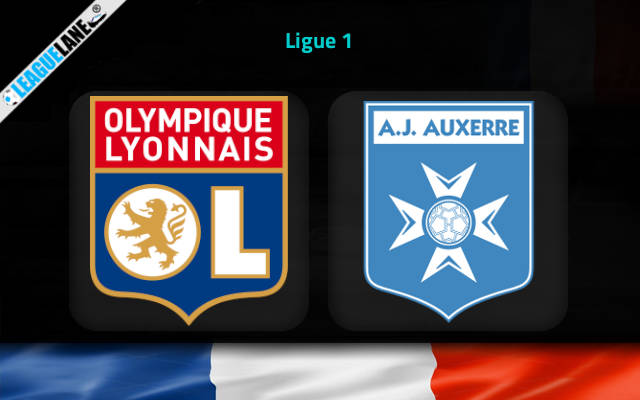 Lyon manager Peter Bosz will be pleased with his team’s recent performance as the Les Gones are currently unbeaten in the league. As matchday 5 is approaching, Auxerre will have a difficult trip to Parc Olympique Lyonnais this Wednesday.

In their most recent league outing against Reims, Moussa Dembele scored an equaliser in the 86th minute. This provided a huge relief for manager Peter Bosz as the unbeaten streak continues for the Les Gones this season.

Meanwhile, the visitors Auxerre are at the seventh position in the league table. Winning seven out of a possible twelve points this season.

It is worth noting that Jean-Marc Furlan helped his team reach the top division in French football this year after spending eight years in Ligue 2. The newly promoted side has started the season on a good note winning two consecutive games in the league.

In two of the last three league games, Auxerre scored a goal within the opening thirty minutes of the game.

At the other end of the field, Alexandre Lacazette and Tete scored a combined total of five goals in their last three games for the Les Gones.

Recently promoted side Auxerre will have a difficult game against Lyon. Les Gones are on a four-game unbeaten streak in the league this season.

It is also important to understand that Peter Bosz’s side has so far scored seven goals in their last four league games. Hence the team is very sharp in front of the goal.

Also, with the likes of Alexandre Lacazette and Brazilian youngster Tetê being on the starting eleven goals can be expected.

We predict Lyon to win with Both Teams to Score at FT bet¬ – at 1.75 odd

Our next tip will be that this game will be over 2.5 goals scored – in three of the last five encounters, both teams have scored over 2.5 goals.