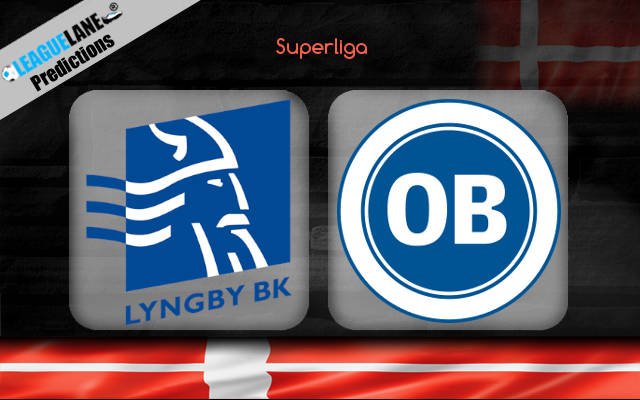 Having won none of their Superleague clashes so far this term, Lyngby seems in trouble when hosting Odense at Kongens Lyngby on Friday night. Odense will aim to head into the weekend with some celebrations in the campaign with their slightly better form.

The Vikings will host on the back of a five-game winless run, following a 3-2 loss on the road against Vejle last time out in the league. In the meantime, Jakob Michelsen and his men are on a three-game losing streak with just a win in the last five league clashes.

Odense will visit after suffering a 3-1 defeat on the road against Midtjylland in the previous league clash in the schedule. It will be hard for Jakob Michelsen to pick up his team from that loss, but since it is the early stages of the contest, they stand a chance to make a comeback.

Back-to-back away games can tire the players because of travel, which is why we can expect the away side to be a little weary towards the second half. With their ground advantage, Lyngby can take advantage of this letdown and probably slot in at least a goal in ninety minutes. Hence, the BTTS will probably serve the purpose to yield decent returns from the goals area.

However, even with three consecutive losses in the schedule, Odense still has what it takes to test the home team’s defense in the middle. We have seen it in their h2h history with the Royal Blues, as mentioned earlier. So, the draw no bet over Odense will probably the best bet for the punters.