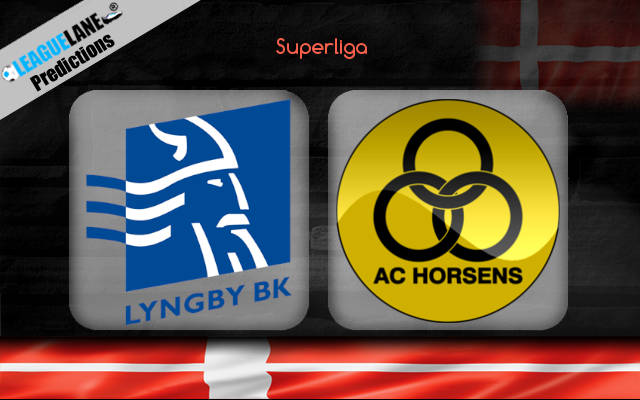 Lyngby Stadion will pit together the bottom two teams in the table for yet another clash in Superleague this season. Winless in all their past eight clashes in the league, Lyngby will play on the back of a 1-2 loss at home against Aarhus, which was their fourth consecutive loss in the schedule.

Horsens has a similar form to the host in the campaign, with 2 draws and 6 losses from their eight league appearances this term. The visitor has lost three of the recent five clashes with a two-game losing streak, following a 0-3 loss at home to the likes of Sonderjyske in the league.

Lyngby will be confident after the 0-9 win on the road against Slagelse in the Landspokal Cup last time out in the overall schedule. They preceded this win by four consecutive defeats in the Superleague this season, but three of those saw both teams score in it.

The host enjoys the ground advantage and has lost only their last two home matches. However, they have won only one of their last ten home matches in the campaign. But compared to the poor away form of Horsens with a five-game losing streak in the league away games, the host has more chances in the game.

The double chance favoring Lyngby will probably be the best bet for the punters to yield decent returns in the encounter. Along with that, the tip for BTTS will also come in handy as their last four h2h meetings have seen both teams score in each game.