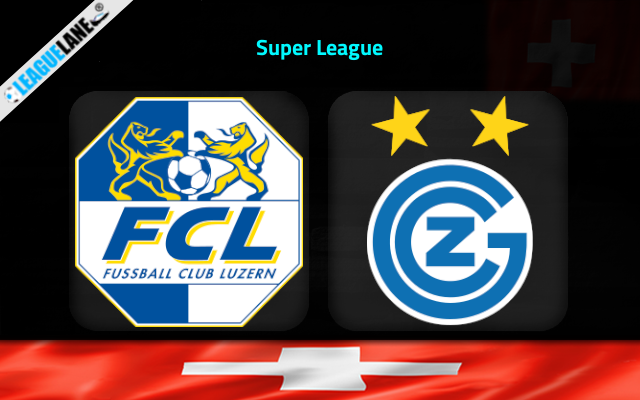 Neither Luzern nor Grasshoppers are enjoying a decent form in the league since the beginning of this season. Both these outfits will meet in a low profile Super League fixture at Swissporarena on Sunday.

Luzern follows a dreadful form in the league so far. However, they have been bettering themselves of late. They have collected 8 points from the past 5 league fixture to add up to a total 19 points on the table.

Luzern played a 2-2 draw against Young Boys in their most recent league fixture. With that draw, they have managed to record five unbeaten games in the past 6 league fixtures. Following that, they will be having good spirits to enter this fixture.

Grasshoppers are not pulling up any trees of late. They are facing a cold streak in the league at present and will be hoping to arrest their current slump by sealing a win over Luzern. They sits 8th on the table with 27 points.

They have recorded a defeat against Servette at home in their most recent league fixture at home. With that defeat, they are now on the back of three subsequent league defeats. They will have lowest of spirits to enter this fixture.

Luzern have a disappointing home form in the league since the beginning. However, they have been improving themselves of late. They also possess the home ground advantage.

On the other side, Grasshoppers are having a dreadful form in the league recently. Their rivals, Luzern have managed to put a deadlock against the second placed Young Boys in their previous match. Grasshoppers doesn’t offer such a competitive display from their recent fixtures.

On top of that, Luzern have a strong h2h form against Grasshoppers. Therefore we are backing Luzern to seal a win from them.