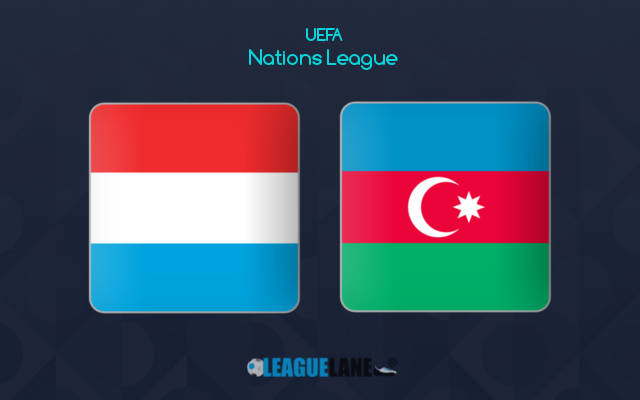 The last set of games in UEFA Nations League C Group 1 will decide if Luxembourg or Montenegro are going to make a progress to higher tier. Luxembourg had a massive advantage after beating direct rivals on the road 2-1 FT, but wasted everything with a recent loss at Cyprus.

This team now has to beat Azerbaijan at home venue on Tuesday night and hope for good news from Podgorica. Their opponents are also in danger of relegation, so they surely won’t lack motive. As expected, hosts are labelled as warm favorites for the win at 2.00 odds.

There were four head to head matches between these two teams in the past. The score is tied when it comes to victories 1-1, plus two encounters ending without winner.

Luxembourg defeated Azerbaijan in the first UEFA Nations League meeting in September in Baku 2-1 FT. The winning goal was scored by Rodrigues in the second half.

Three out of four meetings between these opponents have ended with BTTS.

Luxembourg were considered one of the weakest football teams in Europe for decades. That is not been the case anymore, as their national team plus clubs are performing much better on all fronts. Beating Montenegro away from home in October was one of the best results achieved in the last five years.

There are plenty of players participating in Europa League encounters on yearly basis. Their nine points won in five UEFA Nations League are no surprise for us. Playing competitively in League B is maybe too early though.

Azerbaijan are arguably one of the least entertaining teams to watch in this competition. Their last three games (including friendly duel against Slovenia) have ended without goals and without winner, which clearly depicts their strategy on the pitch. We are expecting to see something similar against Luxembourg, but quality is definitely on side of the home team.