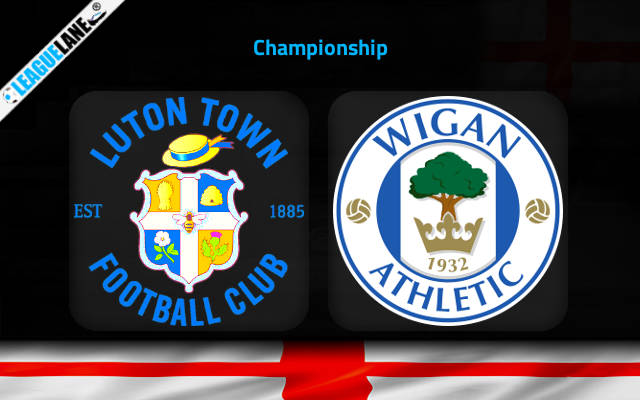 Luton have been one of the decent teams in the English second division for the past several years and especially so during the previous season.

After recording a win from the opening fixture against the previous first division outfit Norwich, Luton recorded two wins, two draws and two defeats to position at 9th in the league standings.

They seems to have picked up things lately. With the recent victory over Cardiff on the road, they follows a streak of three unbeaten games in the league.

Wigan, on the other hand, have returned back to the English first division after delivering an impressive performance throughout the past League One season.

They had a gloomy start to this season and have only won once upon returning to the Championship. Currently, they are on a two-game winless streak. The dismal form at the beginning of the season affected their position, and are placed at the 18th place at the moment.

However, the problem for their English manager Leam lies in his team’s defensive line which allowed six goals in their past two league fixtures.

Wigan’s unimpressive performance upon returning to the Championship will be a disadvantage for the team when they play against Luton away from home in the upcoming fixture.

Luton have evaded a defeat eight times in the previous 10 appearances at home. They had gone on a seven-fixture unbeaten streak in the process with their offensive line scoring goals consistently.

On the other hand, Wigan’s only win this season was secured against Birmingham who are currently at the brisk of danger zone in the league standings.

Considering these observations, we are expecting a win for the hosts at Kenilworth Road this Saturday.