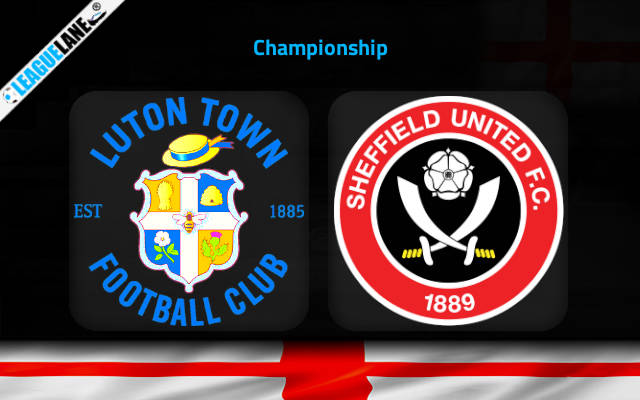 After losing the opening day’s fixture to Watford, Sheffield United made it four consecutive outings without a defeat at the start of the 2022/23 Championship campaign.

Three wins and a draw in the previous four games helped them to climb to the sky-high top position in the league standings. The latest success came the past Saturday when Sheffield saw off Blackburn 3-0 at home with a brace from Ndiaye.

The team also owns a decent defensive line-up. They have only conceded three goals in the past four league fixtures. Sheffield will have a great chance to keep their strong spell of form going on Friday when they travels to Kenilworth Road to face hosting Luton in a Championship fixture.

Luton, on the other hand, have only won once since the beginning of this season. Their lone positive outcome came in the past matchday against Swansea. They failed to find the back of the net in two of the past three fixtures this season in the domestic league.

Sheffield have not lost against Luton in the past five league games. They won three of those preventing Luton from scoring a goal.

Also, Luton have a poor form at home lately. They follows a thread of five winless games here. On the other side, Sheffield are winless in four straight on the road games.

Since the hosts are poor at home and visitors remain meagre on the road, both these sides are equally weak. On the back of the head to head form and the recent unbeaten form of Sheffield, we back them to end up victorious in this fixture.