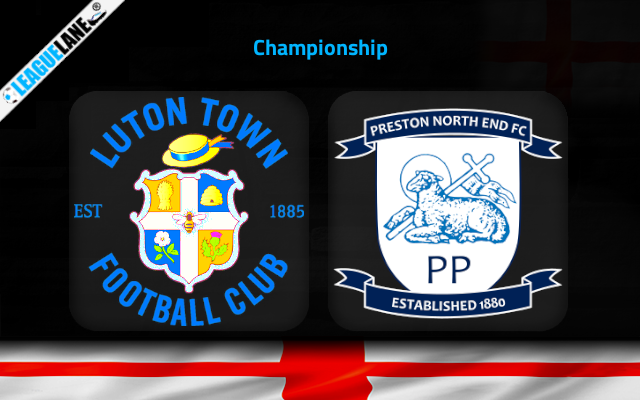 Luton had an average form throughout the past Championship season. They have somehow succeeded in ending up in the safe zone spot after completing all the fixtures in that season. Following that, they played the Championship play offs.

Meanwhile, Preston were having an average form the past Championship season. They ended up in the 13th spot, 11 points away from the safe zone. Frequent recording of a defeat was the main reason for them ending up in a spot outside the safe zone of the table at the end of the season.

We can see Luton recording average displays in their pre season friendly outings lately. Their opponents weren’t that stronger as that of those Preston were playing. Also, we can see their defensive line-up leaking goals in most of those fixtures.

Anyways, Luton started off with a couple of draws this Championship season. The above mentioned draws were against Burnley and Birmingham. They were considered to seal a win against Luton in those fixtures. Thus, their recording looks decent enough.

Preston faced some strong clubs like Leicester, Hearts etc in their recent friendly outings. They have succeeded in sealing positive outcomes in most of those. Their offensive and defensive line-up delivered impressive performance throughout the pre season matches.

Preston also started off this season with a couple of draws like Luton. But their recording was against outfits like the past season’s 19th spot occupier Hull and the recently promoted Wigan.

Considering the above stats, Luton looks to have a better form at present. Hence, we back Luton to seal a win against this Preston outfit the coming Saturday.