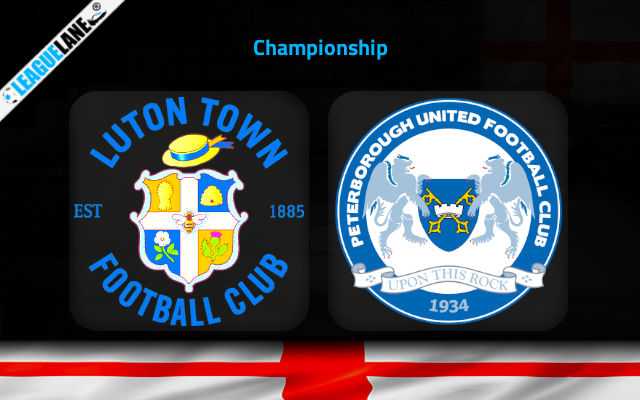 Luton reached halfway last season in the climb on the England Championship table. The Hatters were not in their best shape that season and will aim to pull better tricks this time. They will play host to Peterborough in the upcoming clash on Saturday at Kenilworth Road for the opening match.

The host was winless in the last three matches in the league towards the end of the last season. However, the Hatters still have lost only one of their previous seven clashes in the schedule. They will return home for a major contest after a 3-1 loss on the road against QPR last time out in the Championship.

Peterborough will try their luck in the top-tier this season after promotion. The Posh will return to Championship with just one loss from their last ten fixtures in the League One schedule. They will visit on the back of a 1-4 win on the road against Doncaster last time out in their schedule.

There is no doubt that Luton has an upper hand over the promoted team in the clash. Peterborough will return to the championship strong but will need time to make that transition smooth.

The visitor has won their last four outings in a row in their schedule. However, these victories came against League One teams which will hold them back from coming out with all guns blazing.

The host enjoys the ground advantage and has been unbeaten in their last four home matches. Besides, the Hatters haven’t lost to the guest in their h2h clashes at home since 2003.

Thus, the home team has an edge over the traveling side in the encounter.