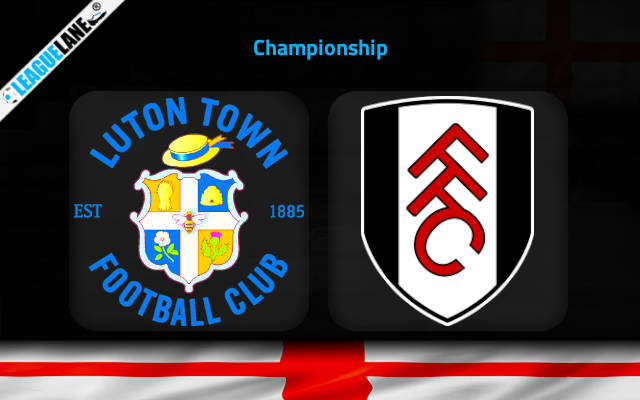 Fulham is already at the table top in the zone for Premier League promotion. The 12th placed Luton hopes for a home win this Saturday as they invites the visitors to Kenilworth Road. The table toppers haven’t seen a victory in 3 previous fixtures and tracks this opportunity as a way to conceal a victory in order to sustain at the top.

The Hatters is at the 12th spot on the table gaining 28 points. From the 21 games played so far, they won, dew and lost 7 matches each. They scored 30 in total while conceding 26. They won the recent away fixture against Blackpool by 3-0 margin.

Nathan Jones’s Luton Town have scored a sum of 7 goals over their preceding 6 outings while having seen 6 gone past against them in the same schedules. They have only won one of their last 5 league games with losing on 3 occasions.

The Whites are at the 1st spot holding 44 points in 21 matches. They have only lost 3 fixtures while drawing on 5. They have the most wins on the table standing at 13. They have an outstanding attacking and defending lineups, netting 50 in total, highest in the league while conceding only 17 which is the lowest on the table.

Fulham’s top scorer is Aleksandar Mitrovic who has scored 21 goals in 20 matches along with 5 assists stands in the top of the league. From the previous 6 fixtures, their defense have only allowed a mere 3 while the front line scored a sum of 14.

The visitors has not been beaten in their last 4 away league matches while Luton is unable to get a win at home from the past 2 league games. Fulham has drawn their last 3 matches in a row while they haven’t lost to Luton in the past 5 h2h fixtures.

An away win is the likeliest outcome this Saturday with a possible clean sheet.