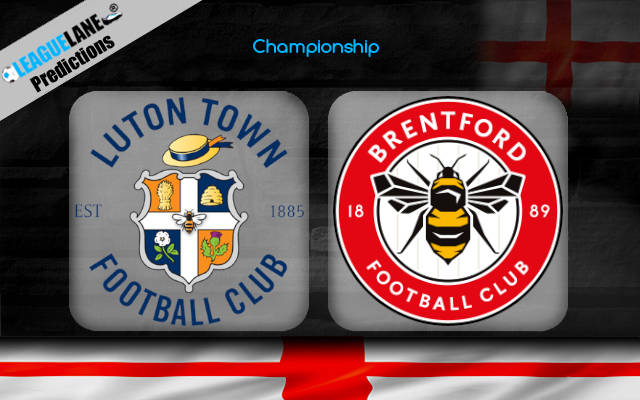 Luton ended last term in a good mood and managed to get off to a good start this season too, connecting two Championship and two League Cup wins in September. Still, they’ve been more unpredictable lately and host Brentford looking for their only second win in five outings – desperate to challenge the top 6 again.

Hatters have struggled to score goals and saw losses to Stoke (0-2) and Millwall (2-0) before earning four points in their last two outings. They beat Sheffield Wednesday (0-1) with a single goal from Pele Ruddock but saw Rea find the net on both ends as Nottingham Forest snatched a point at Kenilworth Road on Wednesday.

Brentford saw a mid-week draw of their own as Norwich (1-1) snatched a point with a very late equalizer on Tuesday, failing to close the gap to the top 6. They have been scoring more goals but still struggled for consistency just as much, mainly thanks to such shortcomings at the back – where Thomas Frank struggles to find fixes and viable solutions early in the new campaign. They will need more if they’re to snatch points in Luton but we do expect a great challenge!

Luton bagged their first league win in almost 15 years as they beat Brentford (2-1) here in February.

Brentford bagged a thrashing 7-0 win over the rivals in front of the home fans beforehand.

The sides are even-steven in overall head-to-head records, with ten wins each in 24 clashes so far.

We will now back Luton to another exciting win over Brentford and we’ll go for them to shock the rivals at 4.75! They have been far from convincing but still prove themselves a tough nut, which will have them searching to capitalize on the visitors’ troubled back line which let in four goals in the last three outings.

Indeed, we feel Brentford will employ an attacking approach at Kenilworth Road and Luton will have to cope if they’re to make it happen. We do expect goals and with hope Hatters will manage to outgun the visitors here, we’re also going for a high-scoring contest with Over 2.5 Goals FT at 1.90 – which could prove the best approach to the fixture.