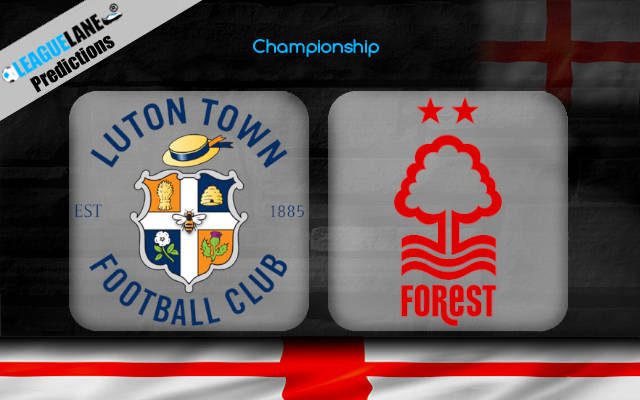 Luton has climbed from the 19th position last season to the 9th spot in the league table. They have picked up 12 points from their seven appearances so far this term in the Championship. They will host on the back of a 0-1 win on the road against Sheffield Wednesday last time out in the schedule.

Nottingham has won only one of their recent seven fixtures in the campaign. They are 7 points behind the host in the league table as it stands after seven clashes in the schedule. The Forest will host after a 1-1 draw at home with Derby in the previous Championship encounter.

The match on Wednesday is sizing to be anyone’s game at Kenilworth Road. With the host ahead in the league table, their ground advantage might come in handy during the clash. However, Luton has lost two of the recent three Championship fixtures in their schedule.

Nottingham Forest is on their way to a comeback, with three consecutive unbeaten games in their league schedule as if late this season. They have been scoring consistently for the past four fixtures in the campaign, which is why a BTTS is likely an option in the encounter.

The Hatters have their advantage in the league table position, while the visitors rely on the recent h2h history with the host in the Championship fixtures. To be safe, the double chance favoring both teams will probably be the best bet for the punters to yield decent returns.