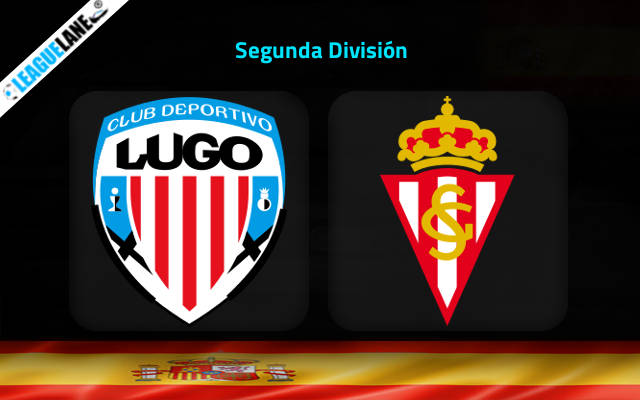 Lugo vs Sporting Gijon Predictions and Free Tips from our expert tipsters when the teams go head-to-head in La Liga 2 on Thursday, 8 December 2022.

Lugo finally put an end to their turbulent form as they celebrated their fourth win of the season most recently.

At the same time, Gijon are not in good shape as they are facing a winless drought since late October. The only positive result they picked up over these last two months was their 3-2 victory against Beasain in the Copa del Rey.

The host have not won at home against Gijon since 2018. The last two meetings ended in a stalemate between these two sides. Also, it is important to mention that the visitors are unbeaten in their last eight meetings.

Who will win the match between Lugo and Sporting Gijon?

The host have lost more than 40% of the matches this season. Gijon will most likely win this fixture. As they have played well against top teams in the league. Also, they have a better winning record against Lugo.

It is worth knowing that the host have won only once in their last seven home matches.

The last two meetings ended in 1-1 scoreline. The visitors have scored at least one goal in five of the last six encounters.

Both teams have scored in two of the last three meetings at Estadio Anxo Carro. This trend will likely carry on this time as well.

The visitors have a decent record against Lugo. We can back the visitors to win this fixture. As their opponents have not been consistent. They have won only once in their last six outings.

Therefore, the first tip is that Sporting Gijon will win by 2-1 – at 10.00 odd. They remain unbeaten in the last eight meetings against Lugo.

Our second tip is that Both teams to score – at 2.10. Both teams have scored consistently in their last two meetings.