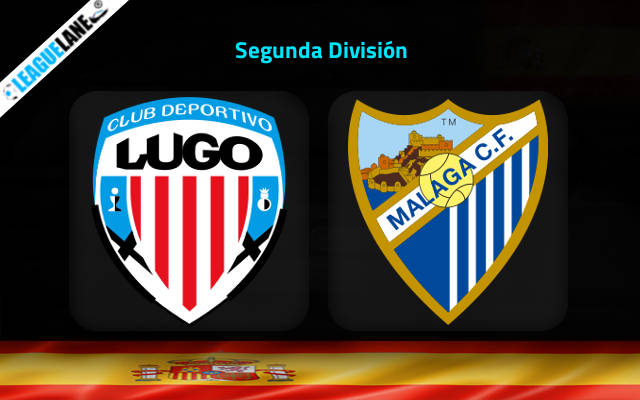 Bottom half rivals Lugo and Malaga take on each other in the last Gameweek of the season in Segunda Division on Saturday afternoon at Estadio Anxo Carro.

While Lugo fulfilled their main objective by avoiding the relegation scrap in this term of Segunda Liga, Malaga had a very disappointing campaign, barely avoiding the drop to third tier at the end.

Both outfits have already secured survival and have nothing but pride left to play for going into this final day fixture.

However, it is worth noting that Lugo’s players have been on the beach in the last month or so. Head coach Rubel Albes contributed to his team’s poor run of form by rotating his starting lineup in the recent weeks.

When you add the lack of proper motivation to the mix you get a thread of three losses and a draw in the previous four rounds as well as just one win in the last eleven Segunda Division outings.

The latest of the failures came eight days ago when Lugo suffered a 1-0 defeat at Real Zaragoza. It is also worth mentioning that Albes’ troops had also fallen 1-3 to the likes of Fuenlabrada (already relegated to third division) in the previous home match in the league.

On the other side, Malaga have a win, a draw, and a defeat in the last three games, each of which were extremely low-scoring ones.

Malaga will come into this in a better form. They shipped just one goal in the previous three league affairs.

We like their chances of a clean sheet here against the non-inspiring Lugo side. You can go for this scenario at the attractive 3.00 odds.