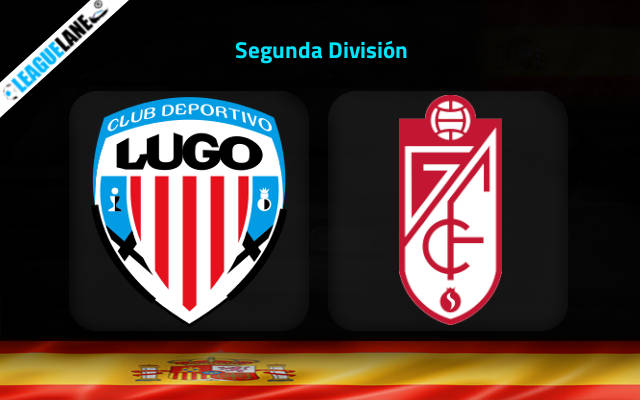 Lugo vs Granada Predictions and Free Tips from our expert tipsters when the teams go head-to-head in La Liga 2 on Saturday, 17 December 2022.

Lugo started this month on a good note. Now things are not looking bright for them as they are on a two-game losing streak. They lost their tenth game of the season against Ponferradina recently.

Meanwhile, Granada have improved their form recently. Their last two victories were against two top teams in the league. Now they are presently in the sixth position on the table.

In the last five years, both teams have clashed four times. The visitors are unbeaten in three occasions.

Granada celebrated a 2-1 victory at this stadium three years ago. Do also note that the last time the host won this fixture was back in 2018.

Who will win the match between Lugo and Granada?

The past record clearly shows that Granada have a better record against Lugo. Not only that they are unbeaten in their last three matches. At the same time, Lugo are winless in their last four consecutive home games.

The team led by Paco López have made tremendous progress this month, they even managed to defeat title contenders Alaves.

We can expect Granada to score at least one goal. They have shown consistency in front of the goal. As they have scored in all four head-to-head meetings against this team.

The visitors have started showing consistency since last month. They are in decent form as they have not lost since mid-November. Therefore, the first tip is that Granada will win this game – at 2.10 odd.

Furthermore, our second tip is that Both teams to score – the odd for this tip will be at 2.10. Both teams have scored a combined total of eight goals in the last three meetings