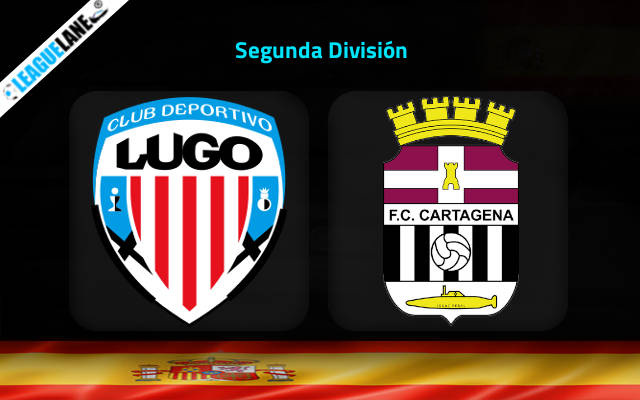 Lugo played their last match against Real Valladolid, in which Valladolid scored four goals while Lugo could score only one, ending the match with 4-1 FT score.

Cartagena’s recent matches have not achieved the results the team had hoped for. From the last ten matches, the team has got three wins, one draw and six losses. Currently, the team has lost in their last two consecutive matches. Cartagena stands 10th on the league table with 46 points from their matches.

FC Cartagena played their last match against Real Oviedo. Real Oviedo scored two goals in the match, while Cartagena could score only one. The match ended in a loss for Cartagena with 1-2 FT score.

Lugo has ended most of their matches in the Segunda Division with a draw. From their last ten matches, the team has got five draws. Cartagena seems to be in a bit of trouble with their form in the recent matches. Their last two matches have ended in loss.

FC Cartagena has played better than Lugo in their recent matches. However, Lugo’s large tally of draw cannot be taken lightly. So, the match is most likely to end in a draw. Looking at the records, we can expect both teams to contribute to the scoreboard.