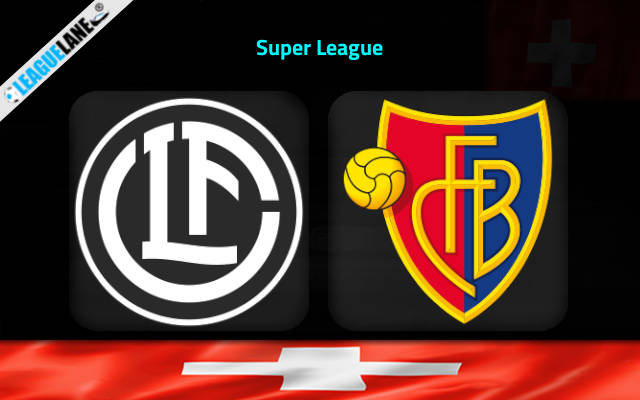 FC Basel 1893 is in the third, and are in the zone for Europa Conference League Qualifiers. They are recently struggling to find a win in the league for the past 2 fixtures. Lugano is just below them at the standing, winning back to back league games which came after their two straight losses. This forthcoming Super League fixture is set at Stadio di Cornaredo in Lugano, where RotBlau will be visiting this Sunday.

FC Basel is at the 3rd spot on the standing with 41 points from 24 games. They won 10 times in the league while drawing on 11 and losing on 3 other occasions. They scored 52 in total while conceding a sum of 31 which shows their remarkable attacking front.

Last time out, RotBlau drew 2-2 in the Super League tie with St Galle. Indicating their predisposition for productive encounters, goals have been scored 26 times in the last 6 games in which FC Basel has been involved, yielding a mean average of 4.33 goals on each fixture.

On the other hand, the hosts reside just below at the 4th position on the table with only 39 points. Of the 24 matches played, they won 12 games while drawing thrice and losing on 9 other occasions.

Lugano won the last two games against Servette and Grasshoppers. They have failed to prevent opponents from scoring in 5 of their previous 6 matches, letting in 10 goals along the way.

The hosts remain undefeated by Basel when playing them at home in the last 4 league matches while they are left without a victory over them in their previous 3 league schedules.

We feel that a win for Lugano or Draw is up for cards as the hosts are undefeated in 75% of the games played at Stadio di Cornaredo this season meanwhile the visitors lost the last 2 games played on road.