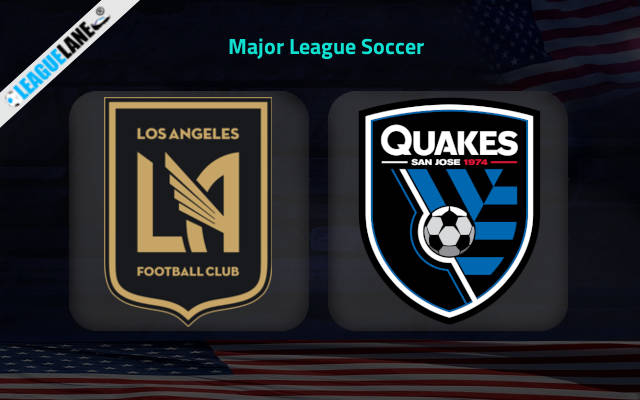 San Jose have been in better form in recent days, and they also have dominated h2h meetings lately. However, their defense has not been in great form this season, whole Los Angeles have consistently scored at home in 2021. As such, expect a win for San Jose, but not a clean sheet though.

Los Angeles were winless in 12 of their previous 15 overall fixtures, and in the process they had gone on separate three-game, and four-fixture losing streaks.

On the other hand, San Jose were unbeaten in 14 of their former 18 games, and they had remained invincible in nine of their last ten road trips.

Considering recent form of either squad, expect the Earthquakes to have the upper hand this weekend at the Banc of California Stadium.

However, both teams have conceded in plenty during this period, and the h2h clashes over the past few years also show this same trend.

As such, anticipate a high-scoring affair between the two this Saturday.