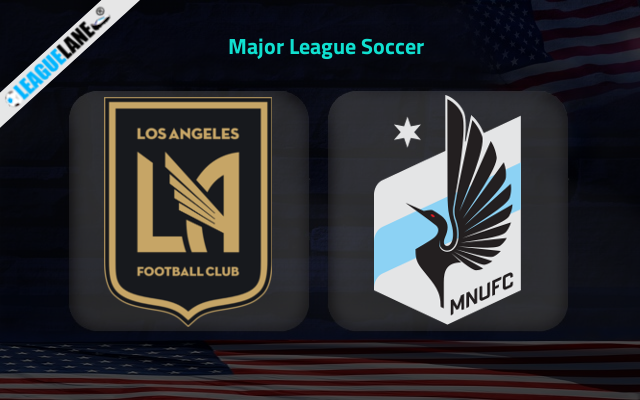 Los angeles had an impressive start to this season. They won six, drew one and lost one of their total 8 fixtures so far this campaign. With a total of 19 points, they are currently at the top of the table. They will be hoping to collect more points to secure their spot at the top.

Los Angeles will be hoping to make it three wins in a row following a 1-2 win on road against Cincinnati and a 3-1 win at home against Sporting KC. They will be having highest of spirits to enter the upcoming league fixture at home on the back of those positive displays.

Meanwhile, Minnesota have recorded enough of positive displays to occupy a safe zone spot as of now. They won four, drew two and lost two of their 8 fixtures this season. Their offensive and defensive line-up looks to have a decent momentum too.

Minnesota recorded a 3-0 win at home against Chicago Fire in tehir most recent league fixture. They are currently having a streak of two winning games in the league and will be hoping to make it three.

The home form of Los Angeles is so impressive as they won 10 of the past 15 home affairs in all competitions. They are unbeaten in each of their four home fixtures this season.

On the other side, Minnesota possess an inconsistent form on road of late. They are winless in six of the past 10 on road fixtures across all competitions. The case is not different this season too. They won drew and lost one each of their total 3 away fixtures this campaign.

Analyzing all the above stats, we are left to back Los Angeles to seal a win against Minnesota when they both meet in an MLS fixture on Monday.